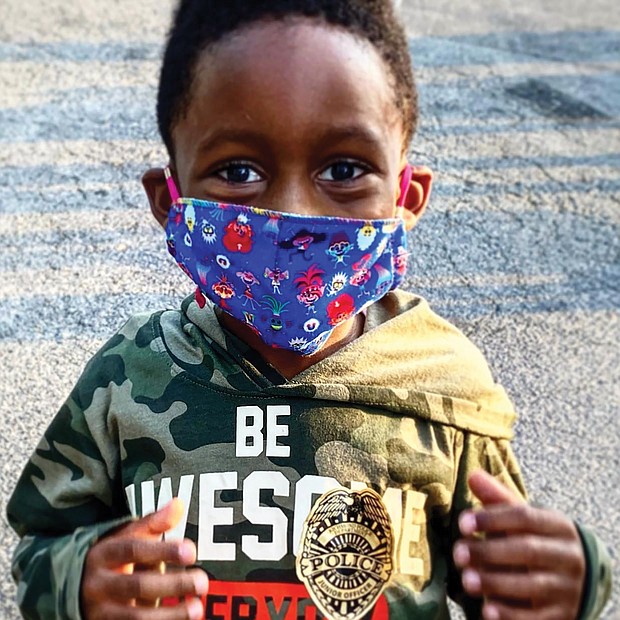 Joshua Crawford, 5, of Manchester shows off his police badge sticker Tuesday during National Night Out, the annual community-building campaign put on by police departments across the nation to promote police-community partnerships. The youngster and his mom, Chi Reed, attended the Richmond kickoff at the Jefferson Davis Civic Association event in South Side. 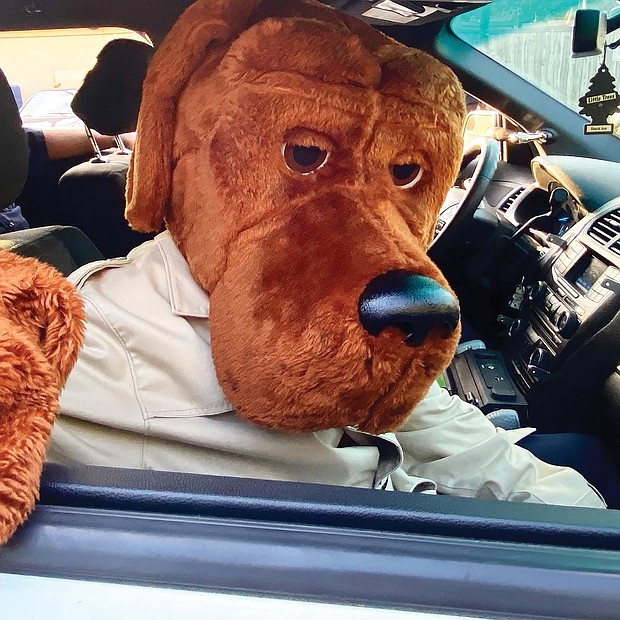 McGruff the Crime Dog, Richmond Police Chief Gerald M. Smith, Mayor Levar M. Stoney and other city officials came out Tuesday evening for National Night Out, the annual police-sponsored event to build bridges within the community. Because of the coronavirus pandemic, the event, typically held in August, was moved to Oct. 6. Richmond held a scaled-down celebration with McGruff as part of a police motorcade that made stops at seven community events throughout the city, beginning with the kickoff at the Jefferson Davis Civic Association’s event in South Side. 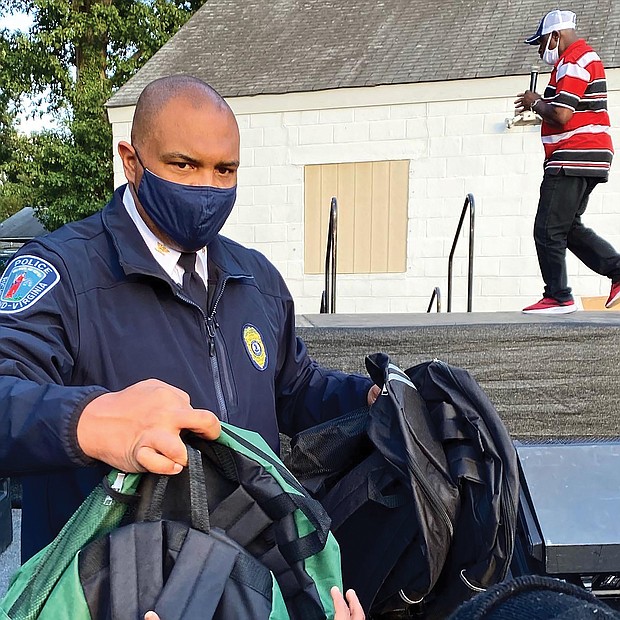 Chief Smith hands out backpacks to youngsters at National Night Out. 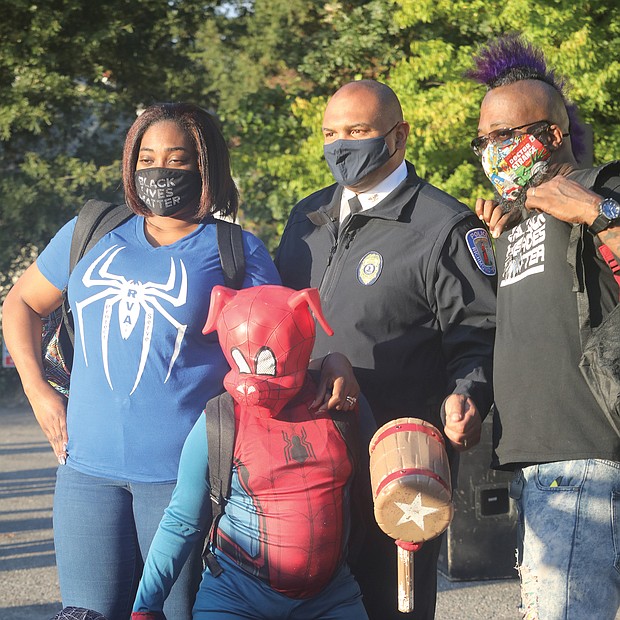 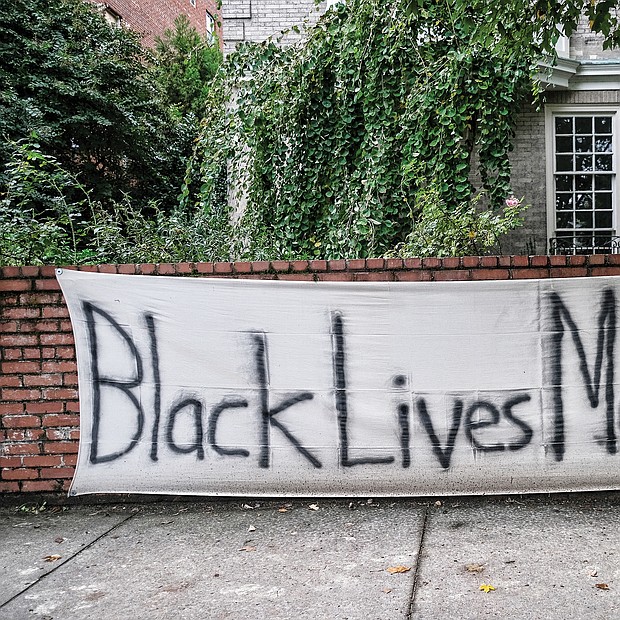 A sign of support or a statement? This homemade “Black Lives Matter” banner was spotted on a brick wall in front of a Monument Avenue residence near Allen Avenue, the intersection where the huge statue to Confederate Gen. Robert E. Lee stands on a traffic circle. The area around the statue has been the epicenter of protests over racial injustice and police brutality since May. Signs like this one and logos with BLM have become commonplace on businesses and other buildings in and near Downtown and the circle following an early spate of window-smashing, fires and looting. The signs often were posted as plea for anyone bent on destruction to spare a structure. 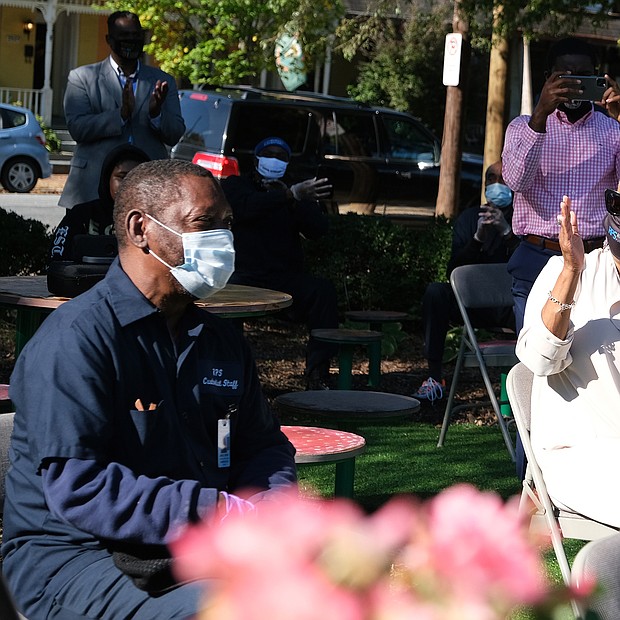 James Green, left, the custodian crew leader at Chimborazo Elementary School, is surprised as Richmond Public Schools officials and others, including, School Board member Cheryl L. Burke, Superintendent Jason Kamras and Mr. Green’s wife, Cynthia Green, applaud in honoring him last Friday on National Custodial Workers Day for 43 years of service to RPS students and families. Mr. Green has worked 27 of those years at Chimborazo Elementary in Church Hill. Mr. Green, 61, knew that he was setting up earlier for a program for the superintendent and Mayor Levar M. Stoney, but had no clue the program was to recognize and honor him. He was tipped off when he saw his wife and family members, but was brought to tears by the ceremony, which also was attended by Chimborazo Principal David Peck and custodians from other schools. 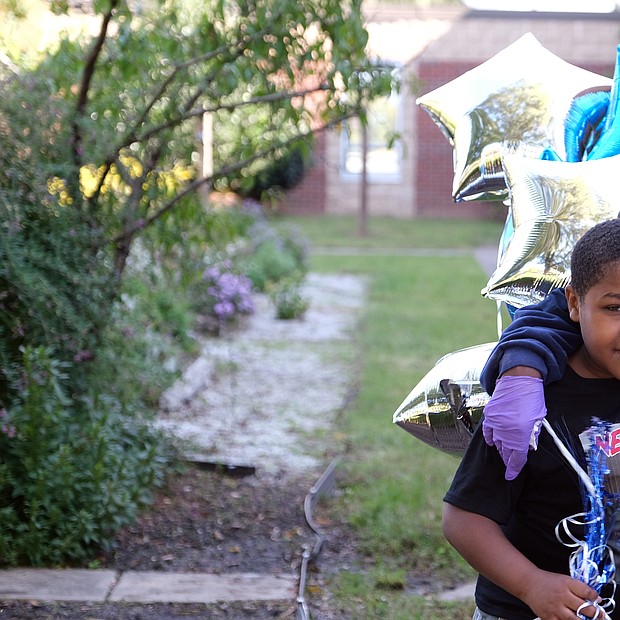 After the ceremony, right, Mr. Green receives a hug from his grandson, Mykhi Davis, 9. “I felt proud that someone recognizes the work you do for the schools,” Mr. Green said. 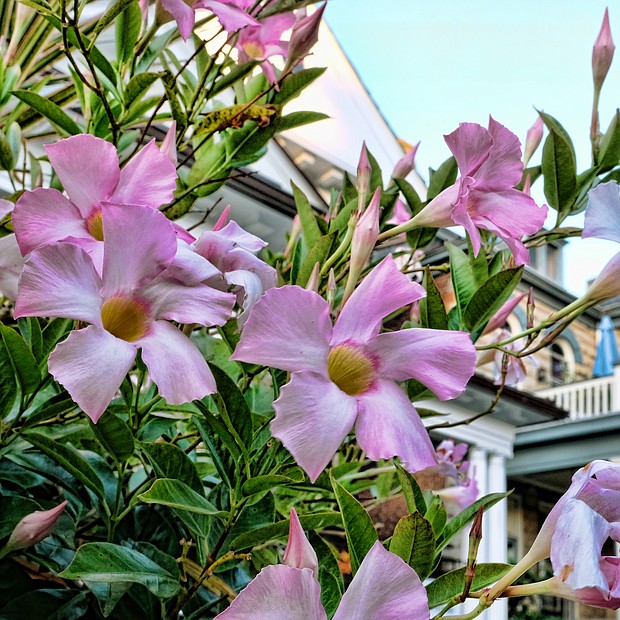 Mandevillas in the West End 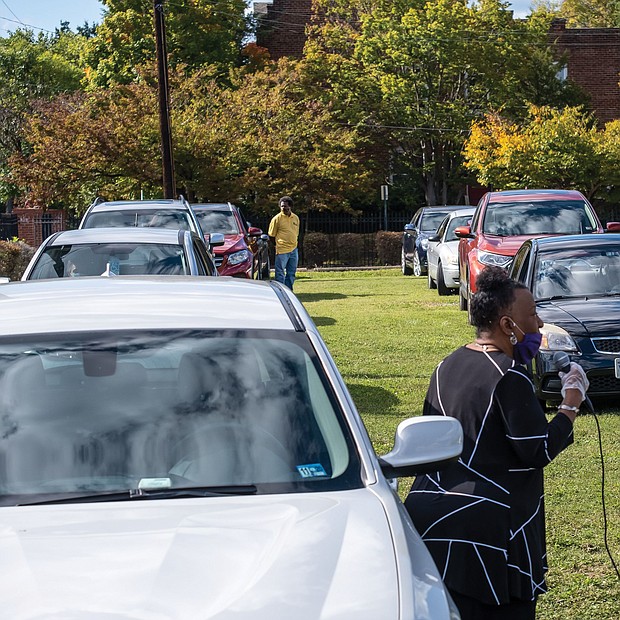 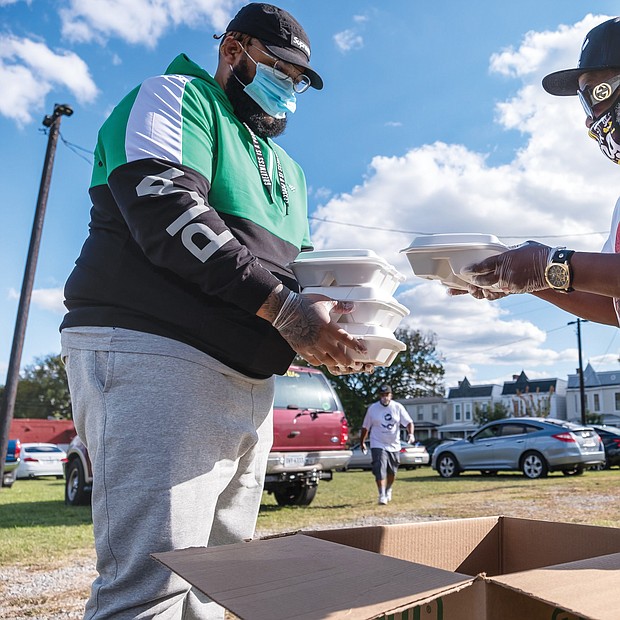 Corey Tolliver and Kevin Evans help distribute dinners to the dozens of people who attended the event. 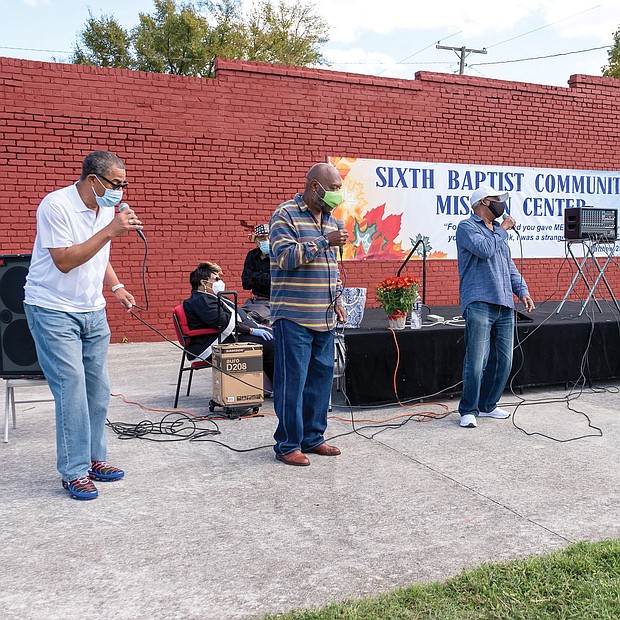 Attendees also enjoyed music by The Gospel Truth as well as a performance by the Rev. Almeta Ingram-Miller. The center, located at Idlewood Avenue and Addison Street, is the vision and work of Dr. Bibbs, pastor of Sixth Baptist Church, and church leaders. The center will be open for the distribution of food, personal protective equipment and spiritual nourishment during the pandemic. Among those attending the grand opening were Mayor Levar M. Stoney and Delegate Betsy B. Carr.