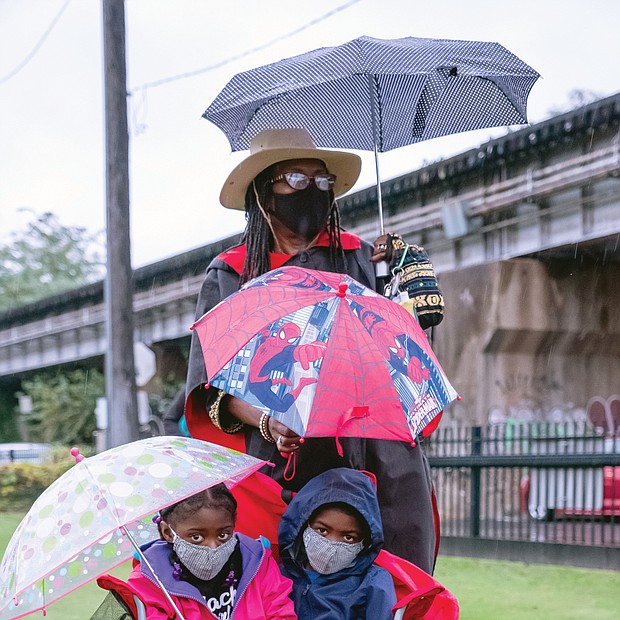 Sydney Woodson, 6, left, and her brother, Kailin Woodson, 7, attend the 18th Annual Gabriel Gathering last Saturday in Shockoe bottom commemorating the rebellion of Gabriel Prosser, an enslaved blacksmith in Henrico County in 1800. the commemoration, presented by the Sacred Ground Historical Reclamation Project, was held at the site of a planned memorial park to the enslaved. the youngsters were attending the event with their grandmother, Lenora White. 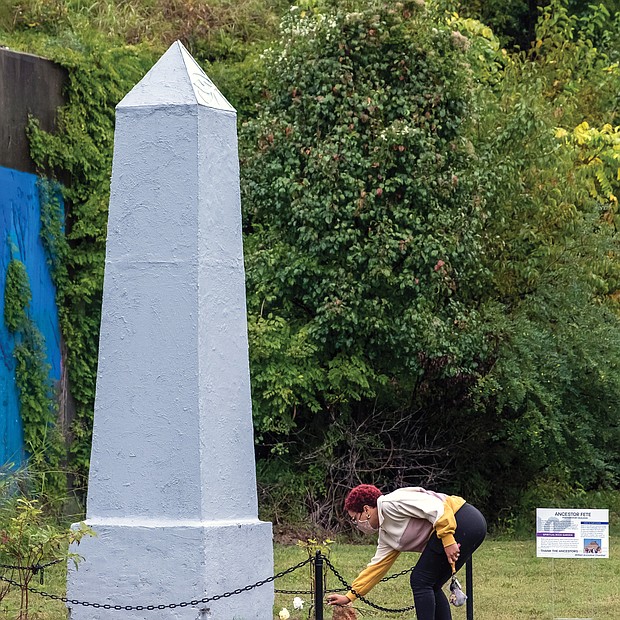 Taylor Maloney lays a white rose at the base of the obelisk honoring Richmond’s enslaved population during last Saturday’s 18th Annual Gabriel Gathering held at the burial ground for enslaved Africans in Shockoe Bottom. 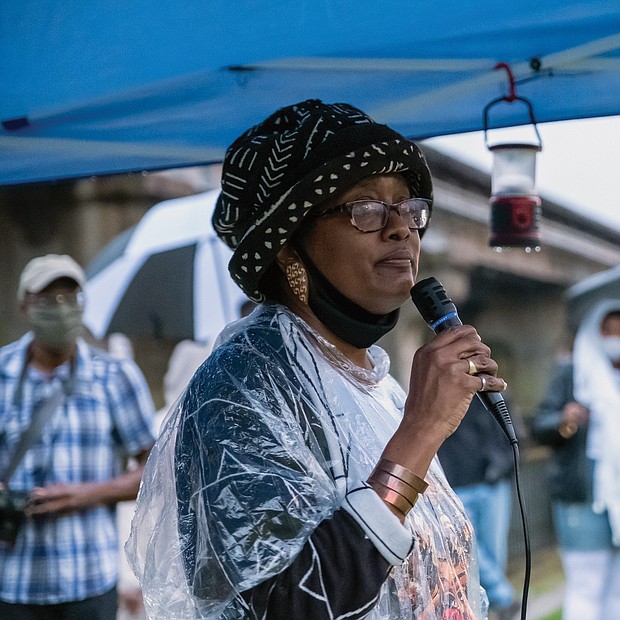 Pamela Bingham, a descendant of Mr. Prosser, speaks at the gathering that aimed to educate people about the past and to update people on the progress of the memorial to the enslaved that is planned for the site at 15th and Broad streets. The site once contained the African Burial Ground and the city gallows, where members of the revolt, including Gabriel, were hanged. 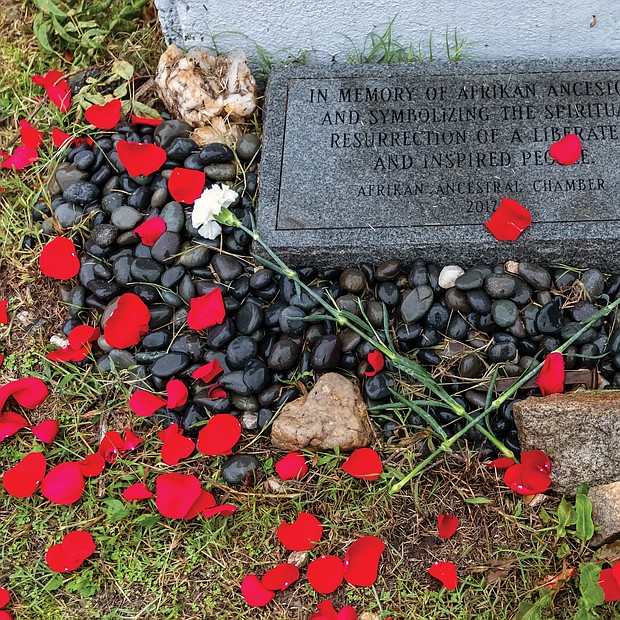 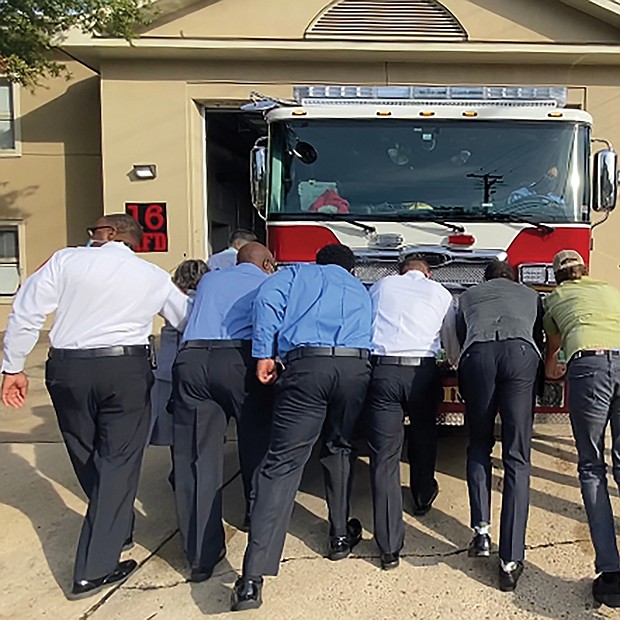 City leaders and community members take part in a “Push In” ceremony to put a new fire engine in service at Fire Station 16. Location: 3901 Cham- berlayne Ave. Among the participants at the Oct. 9 event are Mayor Levar M. Stoney and Richmond Fire Chief Melvin Carter. Four other stations around the city also are planning similar ceremonies when their new trucks arrive. 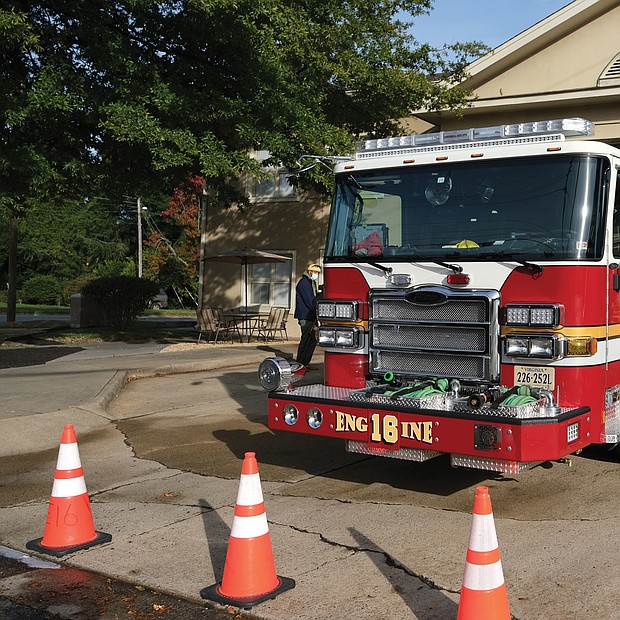 Firefighter Carlos Samuels said the ceremony is a nod to the bygone era when fire equipment was horse-drawn and firefighters literally had to push the wagons and pumpers into the station after the horses were unhitched. 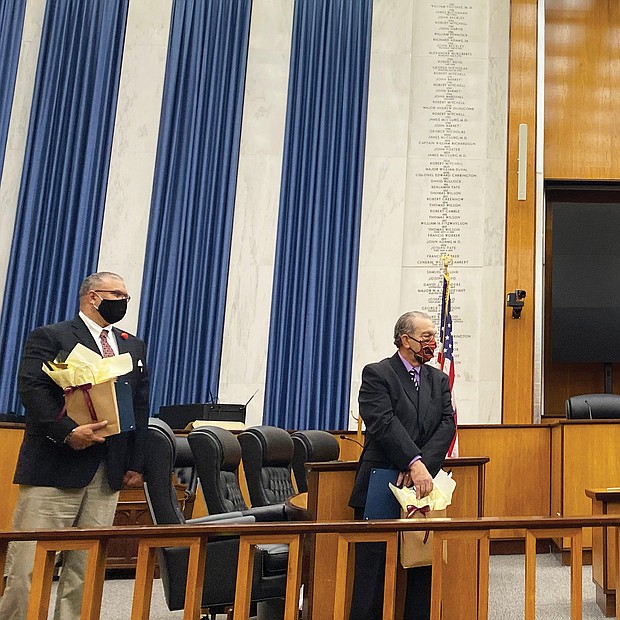 Mayor Levar M. Stoney, front center, talks with special guests at a ceremony Oct. 9 in Richmond City Council Chambers proclaiming Monday, Oct. 12, as Indigenous Peoples’ Day in the city. This is the second year the city has honored the day, which was formerly dedicated to Christopher Columbus, who many view as exploiting indigenous people. In June, a statue of Columbus was pulled down from its perch in Byrd Park by protesters and dragged into Fountain Lake. The city now has the statue in storage. Guests at the ceremony are, from left, Keith Anderson of Portsmouth and Chief Samuel Bass of Suffolk, both of the Nansemond Indian Nation; Reggie Tupponce Jr. of Glen Allen, administrator of the Upper Mattaponi Indian Tribe; Shereen Waterlily of Richmond, a representative of the Mattaponi Tribe; Dr. Denise L. Walters of Henrico, a member of the Nottoway Tribe Council; and Pamunkey Chief Robert Gray of King William County. Monday also was proclaimed Indigenous Peoples’ Day in Virginia for the first time. In a statement, Gov. Northam said the state and the nation “too often failed to live up to our commitments with those who were the first stewards of the lands we now call Virginia — and they have suffered historic injustices as a result. “Indigenous Peoples’ Day celebrates the resilience of our tribal communities and promotes reconciliation, healing, and continued friendship with Virginia’s Indian tribes,” the statement continued. “In making this proclamation, we pay tribute to the culture, history, and many contributions of Virginia Indians and recommit to cultivating strong government-to-government partnerships that are grounded in mutual trust and respect.” Virginia is home to 11 state-recognized Indian tribes, seven of which also are federally recognized. 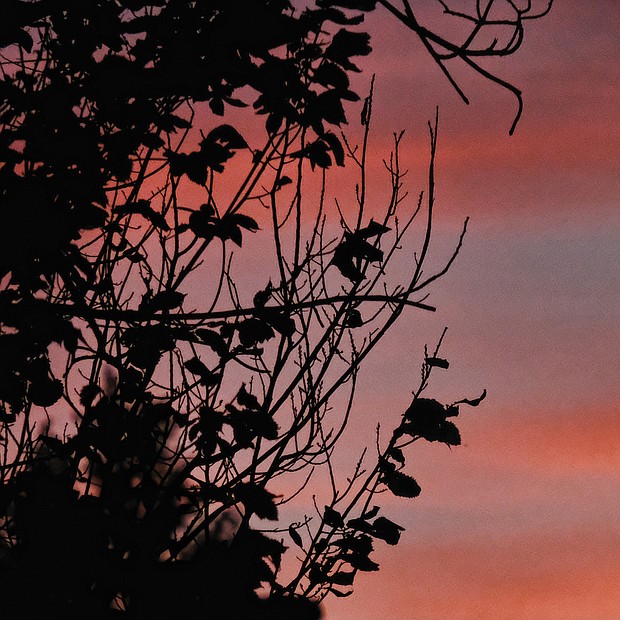 Sunset in North Side