Birthday girl Primrose Lynch, 4, left, and sister Violet-Hazel Lynch, 6, participate with their mother, Amanda Lynch, at a birthday remembrance Saturday for the late Marcus-David Peters. Location: The Lee statue on Monument Avenue, where the green space has been dubbed by some as Marcus-David Peters Circle. Primrose shares Mr. Peters’ birth date — Oct. 17. 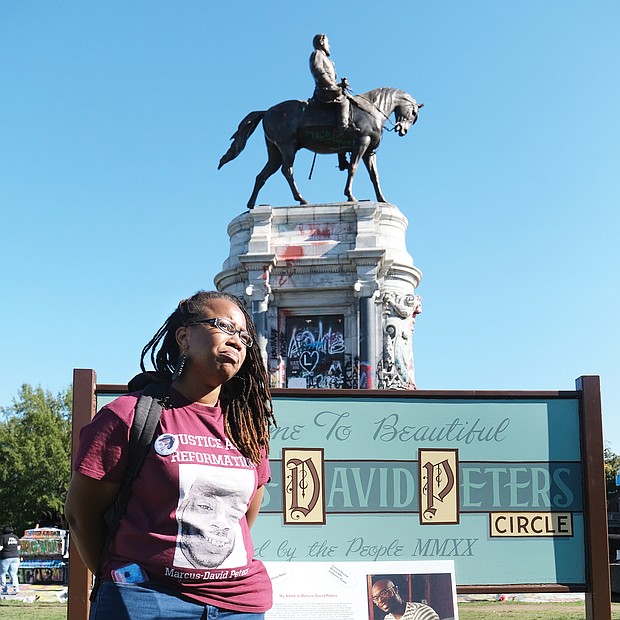 Princess Blanding, sister of the late Marcus-David Peters, joined family members in hosting a celebration Saturday to mark what would have been her brother’s 27th birthday and to keep his memory alive. Location: The Lee statue in Richmond that sits on a traffic circle that some now call Marcus-David Peters Circle. 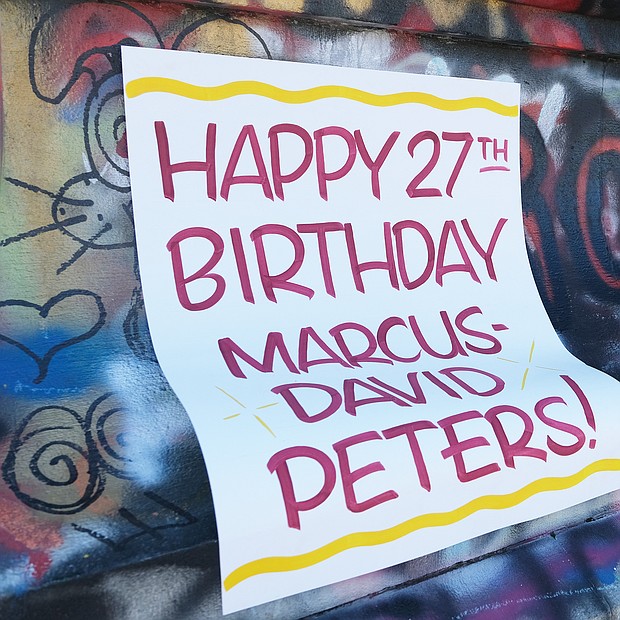 Standing beside a sign that bears Mr. Peters’ name and photo, Ms. Blanding tells reporters she misses her brother and appreciates the outpouring of love from people attending the event. She said she would never tire of fighting on his behalf and for others suffering from mental illness. A high school biology teacher, Mr. Peters was 24 when he was fatally shot by a Richmond Police officer in May 2018 while experiencing what has been described as a mental crisis. 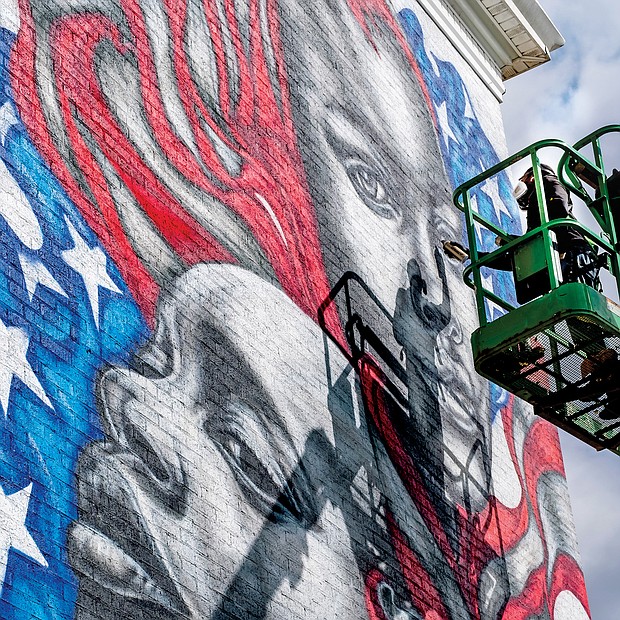 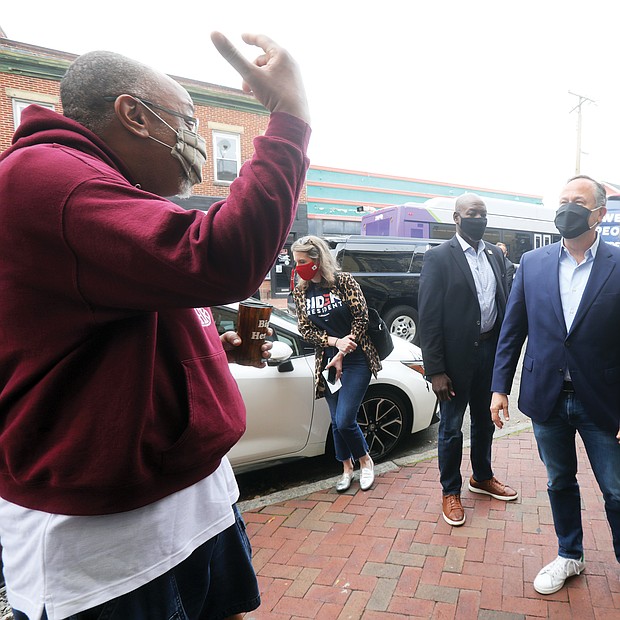 Doug Emhoff, husband of Democratic vice presidential candidate Sen. Kamala Harris, chats with Herman Baskerville, left, owner of Big Herm’s Kitchen in Jackson Ward, as he picks up takeout from the 2nd Street eatery before heading to a campaign rally in Henrico County, where he joined Congresswoman Abigail Spanberger of Henrico. Mayor Levar M. Stoney, right, took the opportunity to meet with Sen. Harris’ spouse in Richmond. This is Mr. Emhoff’s second campaign visit to Richmond in the last 30 days. 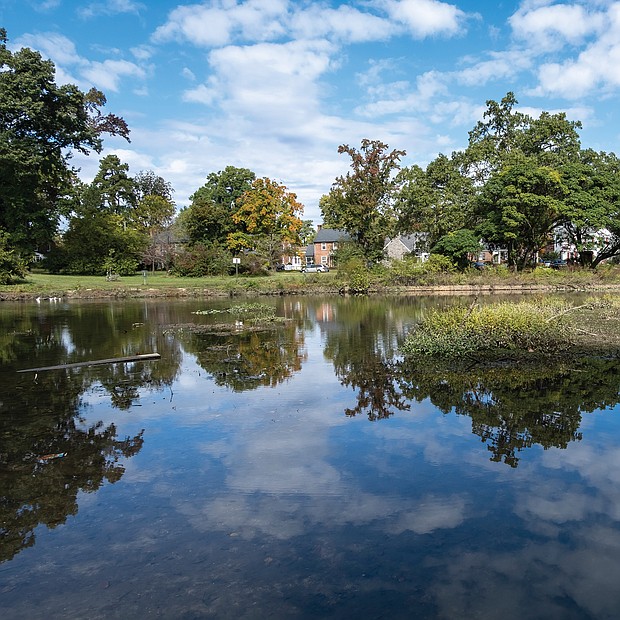