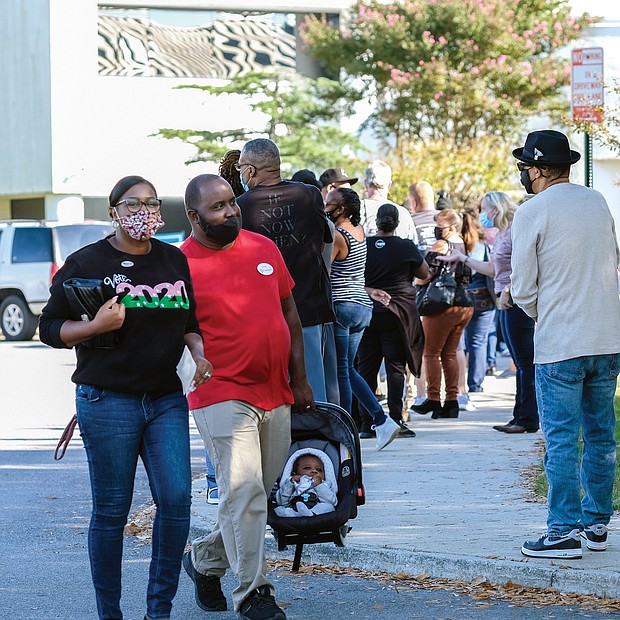 Four-month-old Greyson White gets his first taste of voting as he accompanies his parents, Kindal and George White, when they cast ballots last Saturday at the eastern Henrico Government Center, 3820 Nine Mile Road. the deadline for early, in-person voting is Saturday, Oct. 31. 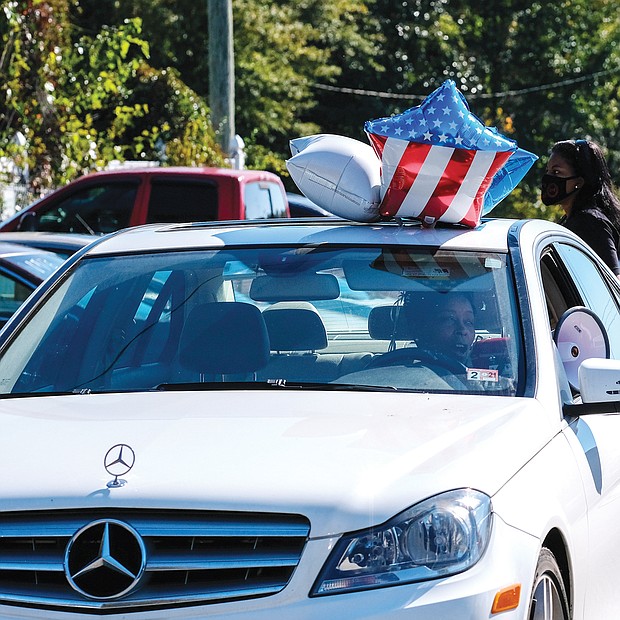 Members of the Henrico Alumnae Chapter of Delta Sigma Theta Sorority line up last Saturday near Highland Springs High School for a “Caravan to the Polls,” a get-out-the-vote event sponsored by the alumnae chapter. Voters met in their vehicles at varying neighborhood rallying points in Eastern Henrico County where they joined the Delta caravan to the early voting sites in the county. 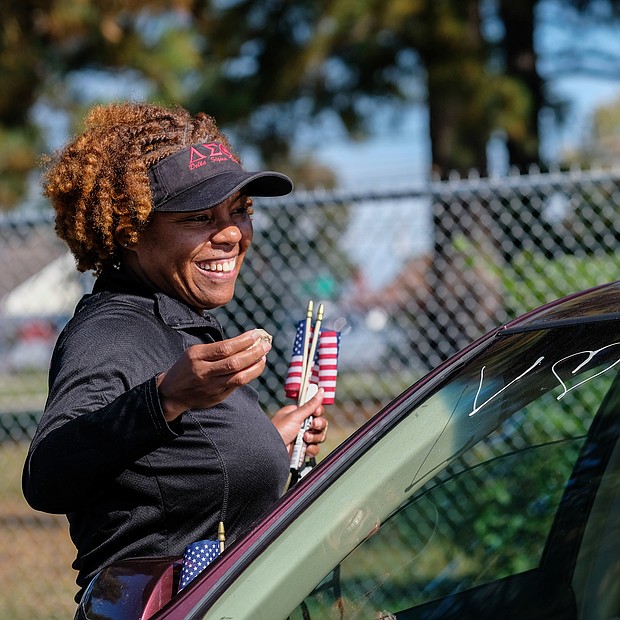 Billie-Jeanne Buster is ready to roll to the polls in her decorated car. 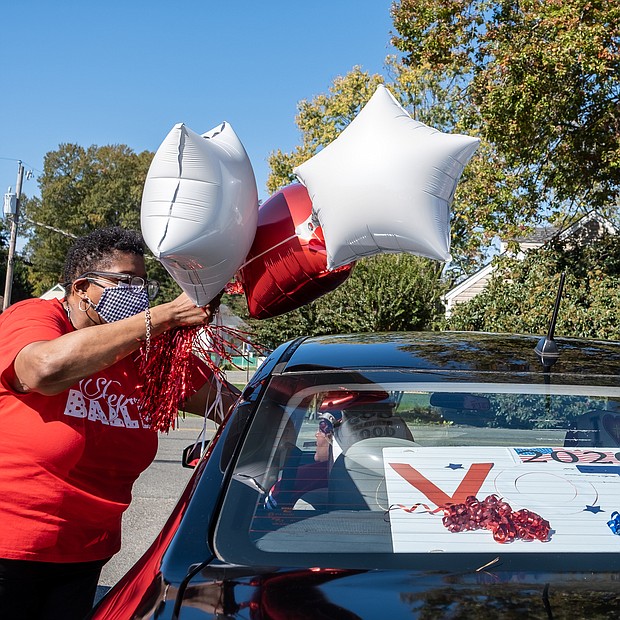 Chandra Hurst, president of the chapter, ties down balloons for the spirited, civic-minded caravan. The sorority chapter is hosting a similar event Saturday, Oct. 31, to rally voters in New Kent and Charles City counties. 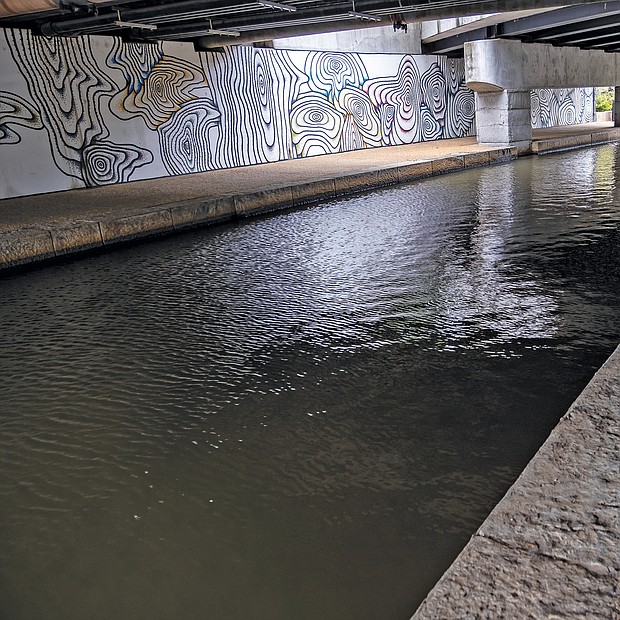 Artistic designs decorate a tunnel portion of the Canal Walk in Downtown. This section near Virginia and 14th streets is part of the James River and Kanawha Canal that dates to 1785. George Washington envisioned and surveyed the canal that tracks the James River and enabled goods to flow into and out of the city. In the 1990s, Richmond began improvements to the canal system, including the separate Haxall Canal, that had long been in disrepair. The result: A 1.25-mile walk that is open 24/7. The Canal Walk connects from around Brown’s Island to the west to Shockoe Bottom and the Virginia Capital Trail to the east. 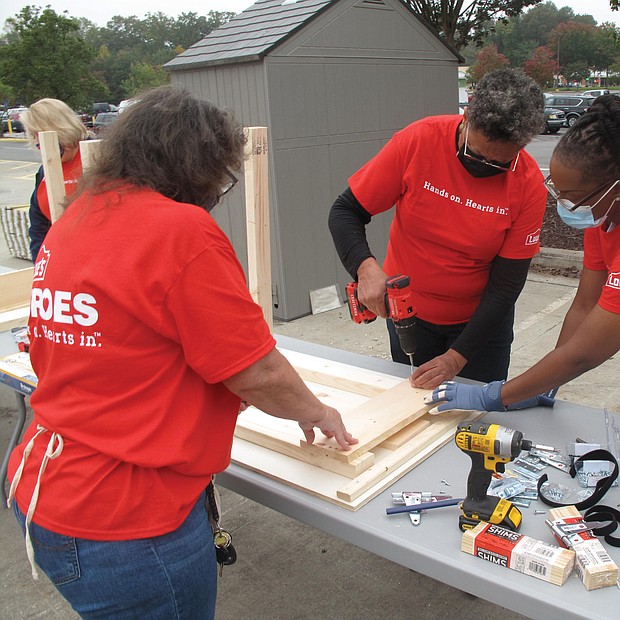 Richmond City Councilwoman Ellen F. Robertson, center, assembles a desk with the help of Anita Sawyer, left, and Fatemia Gunter, two employees of Lowe’s home improvement store. Employees at the Sheila Lane store in South Side volunteered to put together 500 fold-up desks for Richmond Public Schools students who are learning at home during the pandemic. About 25 Lowe’s employees started the project last week, with 100 desks being produced each Tuesday. The desks will be given to students free of charge. 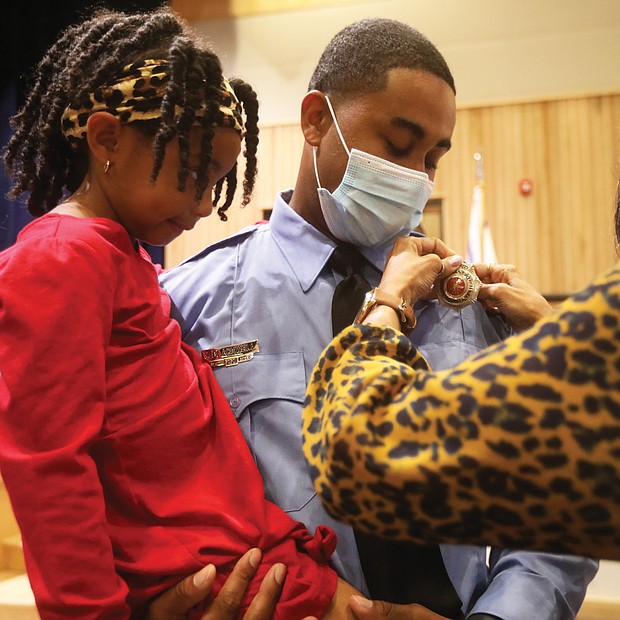 James H. Blackwell IV, 25, is pinned by his mother, Keala Blackwell, officially making him a member of the Richmond Department of Fire and Emergency Services during the department’s 100th Recruit School graduation ceremony Oct. 23. Mr. Blackwell, who was holding his 5-year-old daughter Ava Blackwell-James during the pinning, is one of 12 men to join the city department, which was founded in October 1858. 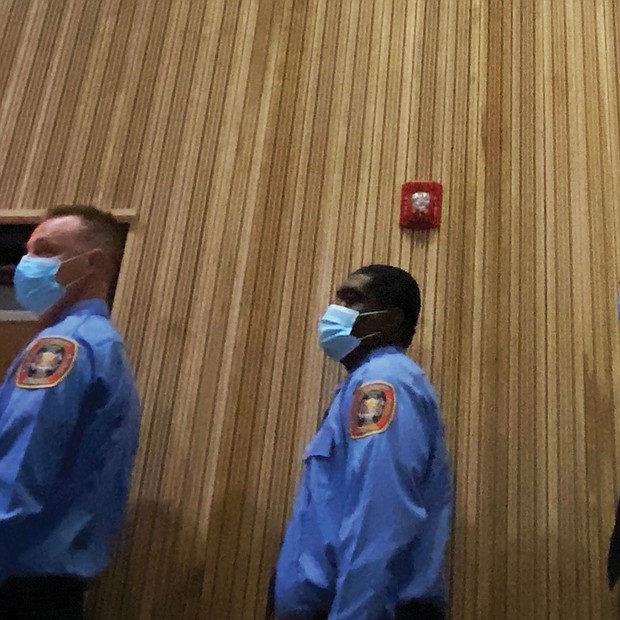 This 100th recruit class was made up of “laterals,” individuals who already were certified by the state of Virginia in other jurisdictions to perform firefighter duties. They underwent six weeks of evaluation of their previously learned skills in such areas as structural firefighting, medical training and physical agility, along with training on city rules, regulations and procedures, to graduate during the ceremony held at Martin Luther King Jr. Middle School in the East End. 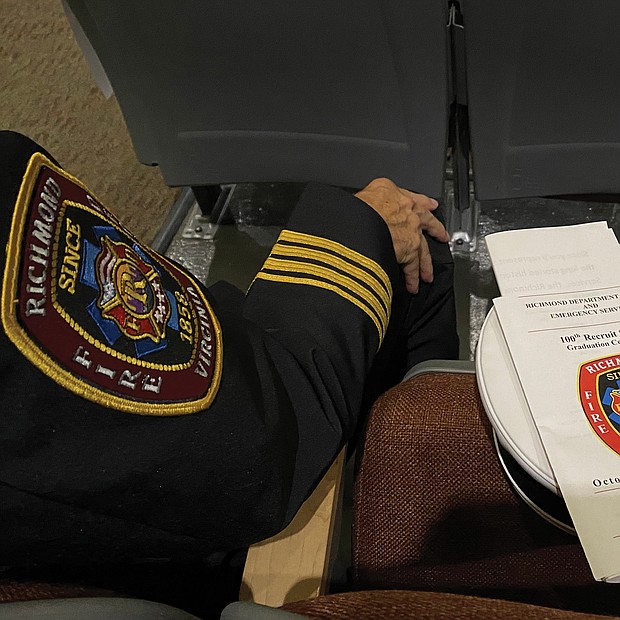