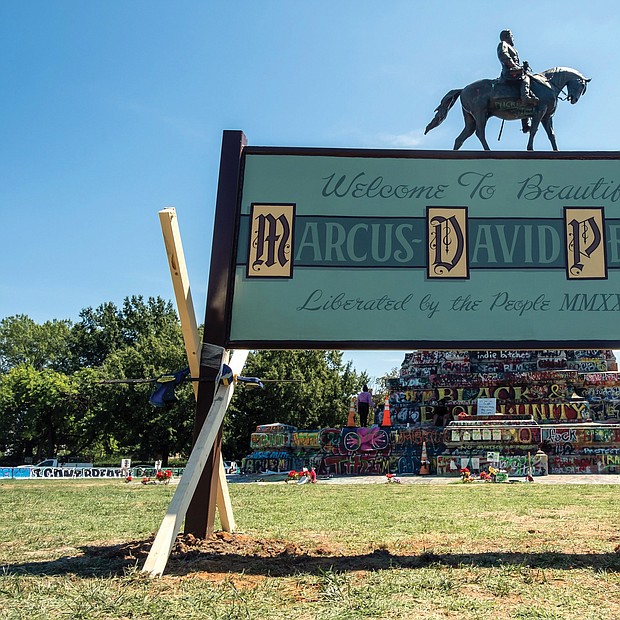 A new sign now sits on the grassy circle at Monument and Allen avenues where the Robert E. Lee statue sits. The original sign informally renaming the circle for Marcus-David Peters, a 24-year-old high school biology teacher who was shot and killed by Richmond Police officer in 2018 during what has been described as a mental crisis, was cut down by an unknown person or people around Aug. 16. State officials and law enforcement said at the time there was no official order for its removal. The new sign was put in place Aug. 30. 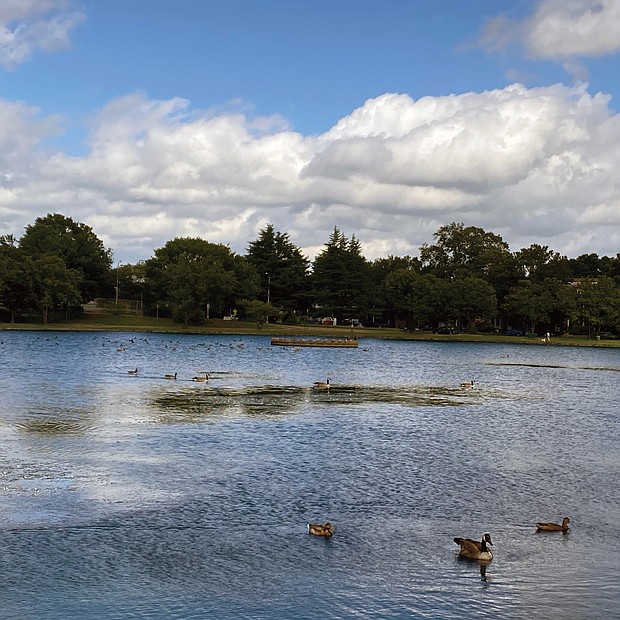 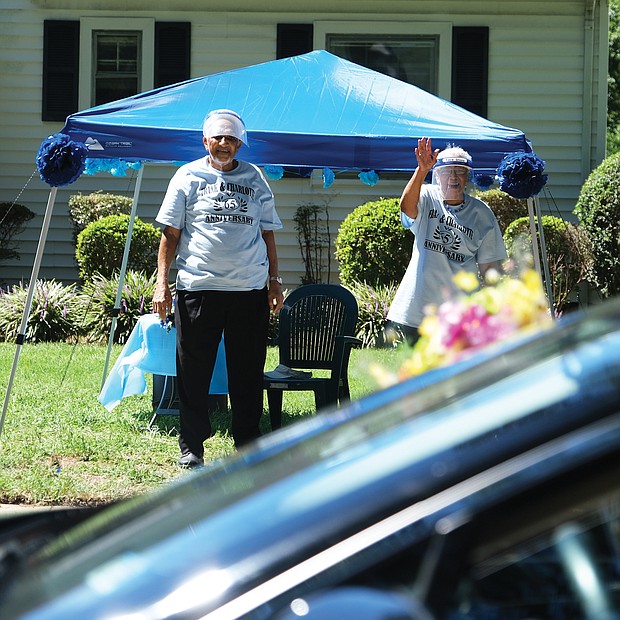 Frank and Charlotte Strayhorn have celebrated a lot of anniversaries, but their 65th — celebrated during the coronavirus pandemic—is one they’ll always remember. The couple, both 87, were feted Saturday by friends and relatives in a parade of about 50 vehicles that drove by the couple’s home on Edgewood Avenue in North Side to offer con- gratulations. The Strayhorns, who were married in 1955 in Anchorage, Alaska, where he was serving in the military, were set up on the lawn outside their home where they waved and talked with the caravan of well-wishers. The Strayhorns’ sons, Ronald, Peter and Michael Strayhorn, had planned a 65th anniversary party but then COVID-19 hit. So with all three living out of state in COVID- 19 hotspots, they arranged the celebration with the help of cousins living in the Richmond area. 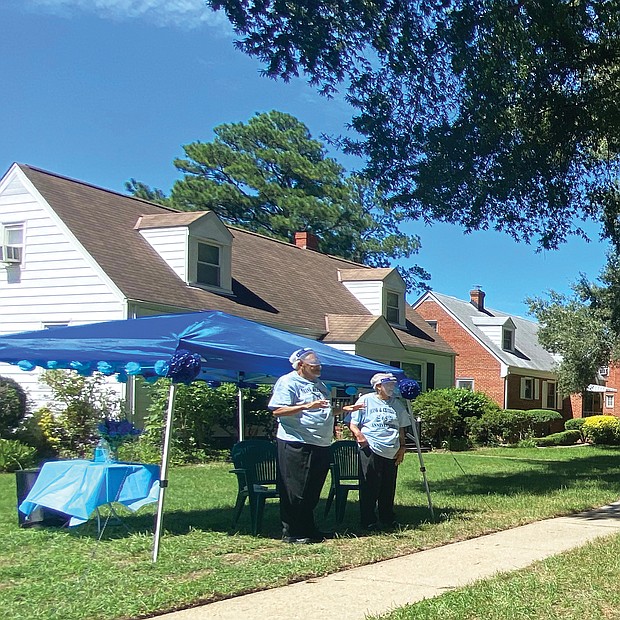 After the parade, they held a Zoom party attended virtually by more than 100 people that featured a magician, games, musical entertainment by grandchildren, a video look back at their 65 years together and toasts from their sons and family. The Strayhorns’advice for a happy marriage: Listen to your spouse and allow him or her to grow in their own direction. And despite problems that come with any marriage, keep working at it. Mr. Strayhorn is a retired auto mechanic and Mrs. Strayhorn is re- tired from the U.S. Postal Service.