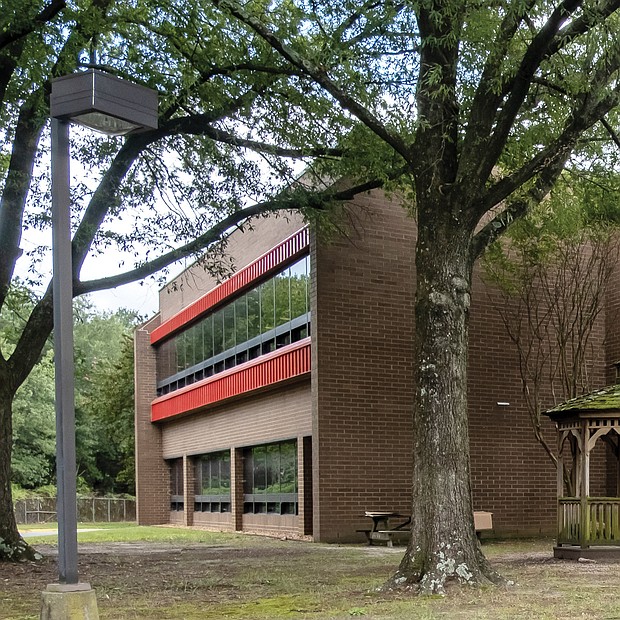 This building at 2134 W. Laburnum Ave. in North Side is the new home of Richmond’s voter operations. City Voter Registrar Kirk Showalter held a grand opening last week ahead of the start of early voting on Friday, Sept. 18. For those seeking to cast ballots before Election Day, Nov. 3, this will be the place to go initially rather than City Hall. 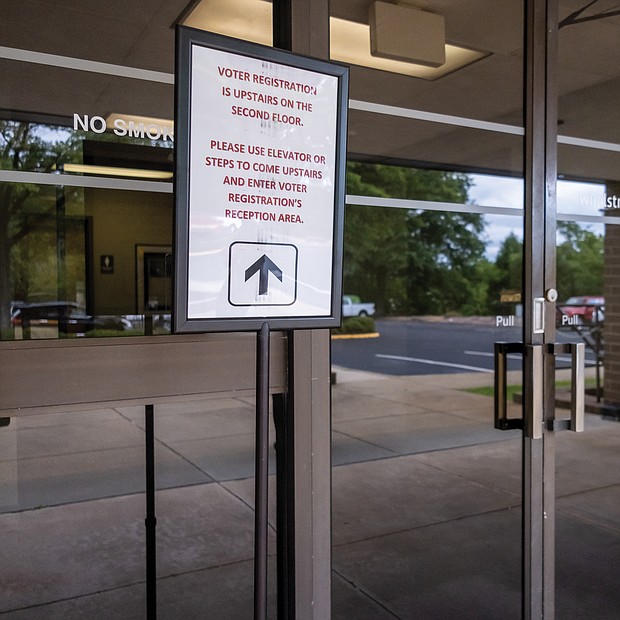 As the sign notes, voter registration is on the second floor of the building, but also will be available at City Hall and the Hickory Hill Community Center in South Side. Those two satellite locations also will offer early voting for seven days in late October. 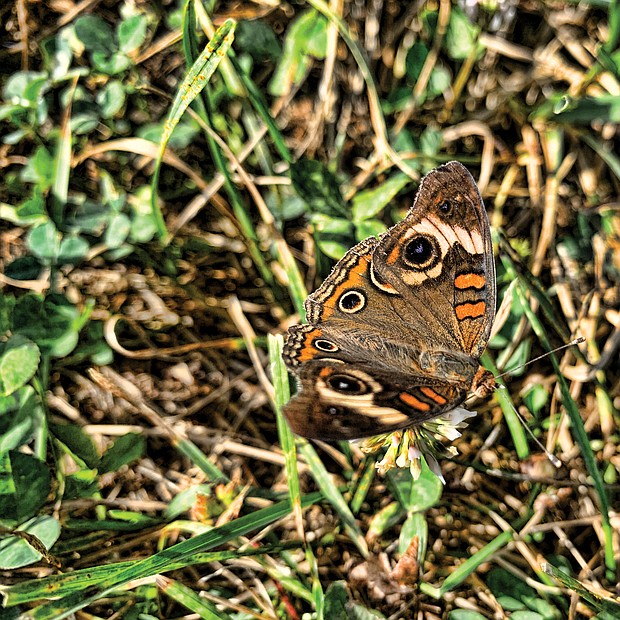 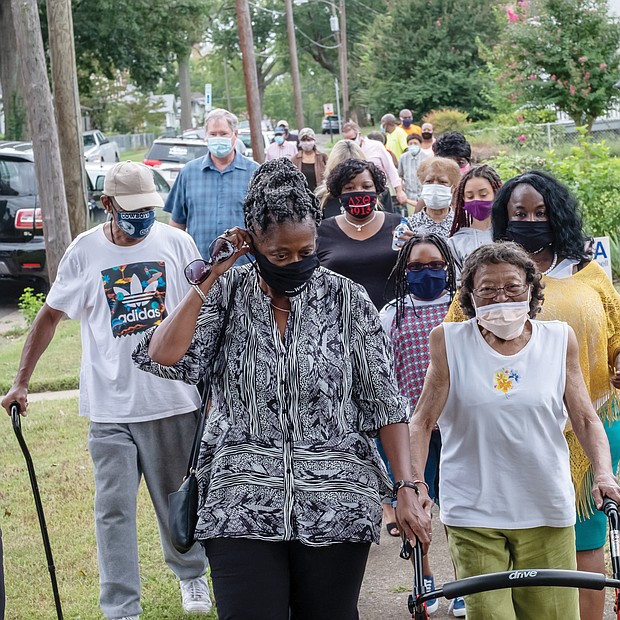 How do you honor people for making a community better? Post an honorary street sign to recognize their contributions. That’s what happened last Saturday in South Side as new signs saluting veteran civic leader Rosa Jones and the late Johnny R. Battle were unveiled near their homes in ceremonies spurred by 8th District City Councilwoman Reva M. Trammell. Ms. Jones, right, who has served as president of the Oak Grove Civic Association for 20 years, is escorted to the ceremony at 1700 Fairfax Ave. by Pam Smith and dozens of others. 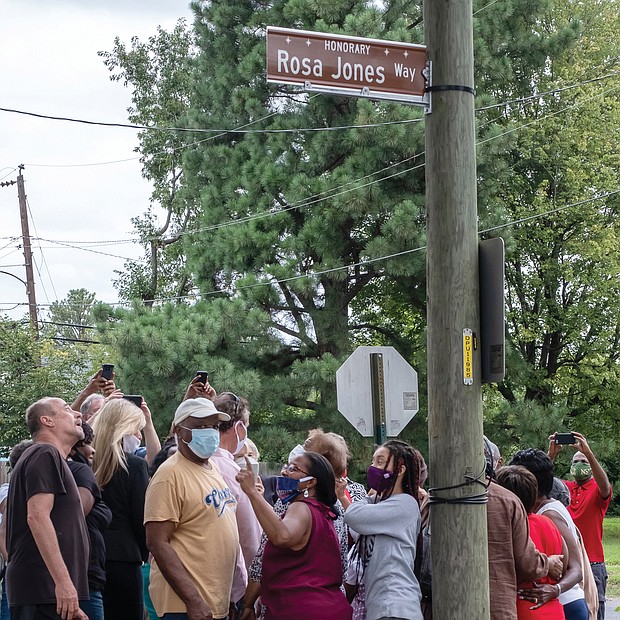 After the unveiling, relatives and admirers eagerly snapped photos of the new sign. 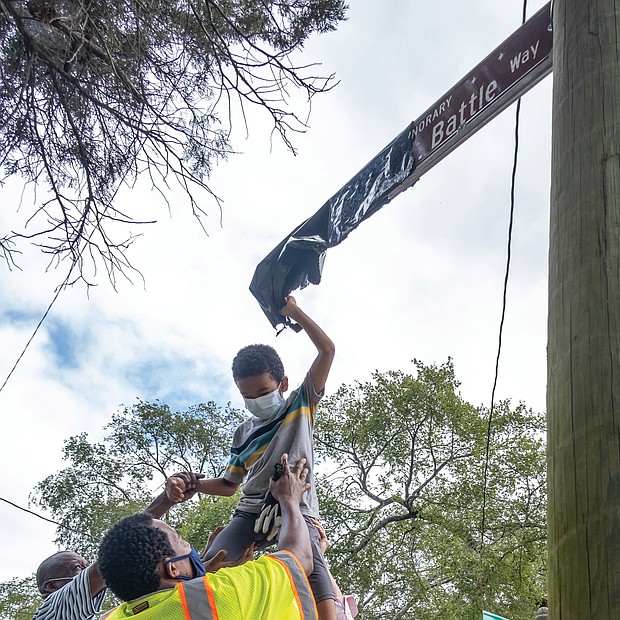 6-year-old Darren Fields, gets a lift from family and friends to unveil the street sign honoring his great-grandfather, the late Johnny R. Battle, at 32nd and Decatur streets in South Side. Mr. Battle mentored area youths and was a model neighbor. Ms. Trammell lobbied for the sign to help ease the hurt and sense of loss for those who knew Mr. Battle, 80, who was beaten in his wheel- chair and killed during an attack in April 2018 outside his home. 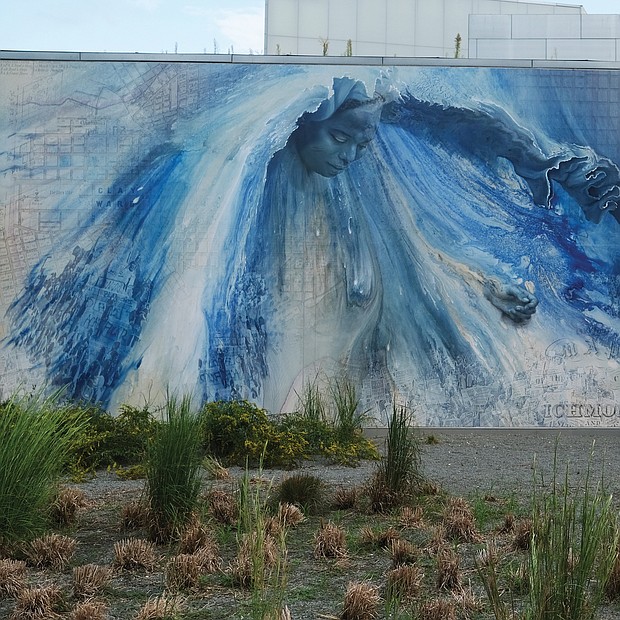 This art piece created by Dominican artist Firelei Báez is central to the new “Commonwealth” exhibit that opened last Saturday at the Virginia Commonwealth University Institute for Contemporary Art. This piece is outside of the ICA at 601 W. Broad St., along with a Resiliency Garden created by food justice advocate Duron Chavis. The exhibit, which runs through Jan. 17, explores the notion of commonwealth and how common resources are used to influence the wealth and well-being of communities. The exhibit is an outgrowth of a partnership between the ICA and two other contemporary arts organizations, Philadelphia Contemporary in Pennsylvania and Beta-Local in San Juan, Puerto Rico. 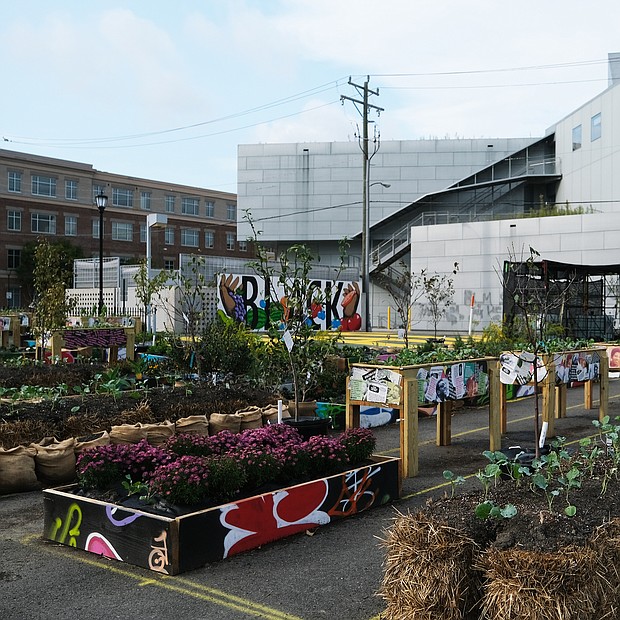 Resiliency Garden at the ICA 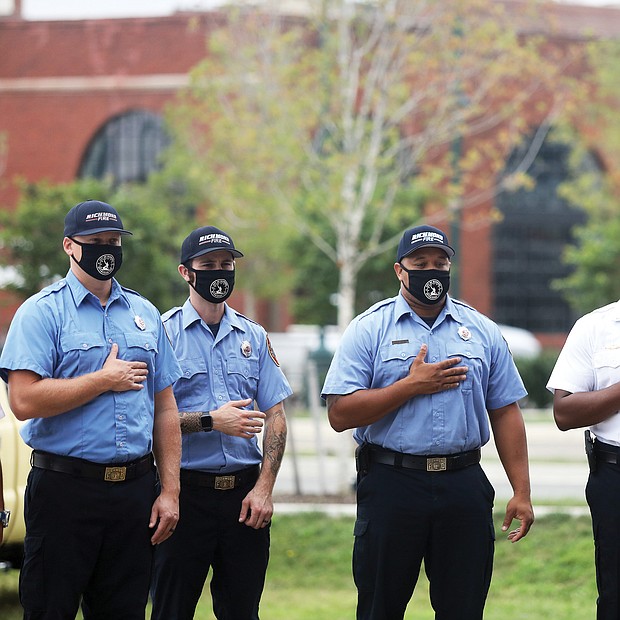 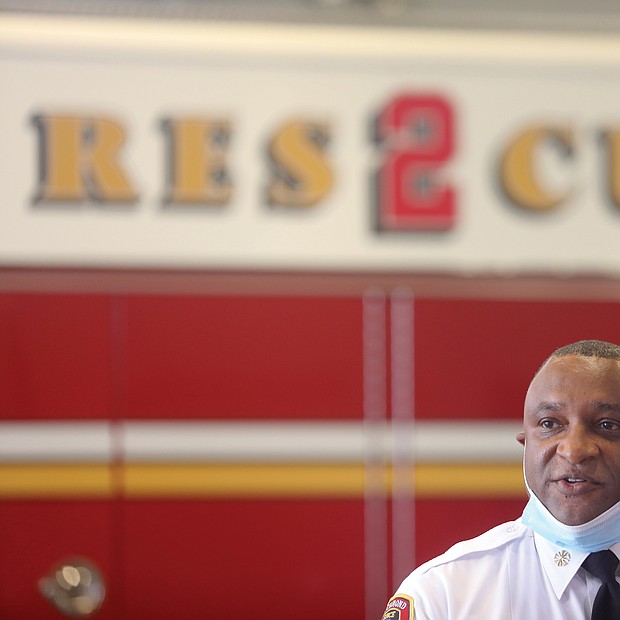