Spotlight on chairman of H.E.L.P. 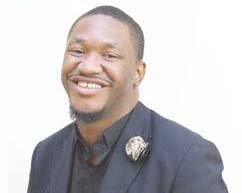 He presents himself with easy, good-natured friendliness and a winning smile.

Those traits come in handy as Donté Antwon McCutchen travels the city seeking to engage in conversations on a highly sensitive topic most people want to ignore — sexually transmitted diseases.

It’s tough, the 29-year-old Richmond resident says, because “sex as a topic is not welcomed in our communities in a healthy way.”

Still, he has a salesmen’s willingness to keep on going to the next educational session.

He does it as a community advisory coordinator for the Richmond City Health District, visiting schools, teen centers and other sites “to talk about prevention.”

Outside work, he does it as volunteer chairman of H.E.L.P., a nonprofit community group that seeks to reach out to young people ages 15 to 24. Data indicate that age group is most at risk of the major diseases — chlamydia, gonorrhea, herpes and syphilis, as well as HIV/AIDS.

H.E.L.P. stands for Healing, Educating, Loving People. It is a community-based initiative of the Minority Health Consortium, which focuses on prevention of HIV/AIDS in the Richmond and Petersburg areas and ensures thousands of sufferers have access to care.

Across the state, an estimated 65,000 people, about 60 percent African-American, live with sexually transmitted diseases, including about 21,000 people who have been diagnosed with HIV/AIDS.

Mr. McCutchen says H.E.L.P.’s aim is to find ways to overcome reluctance to discuss such diseases. As part of its work, he says H.E.L.P. stages an annual conference to address the stigma issue.

“There is still a stigma” for people who have such diseases, Mr. McCutchen says. “The stigma comes from myths we have grown to believe and have become the norm. It is still believed that only gay men get HIV/AIDS, though that is not true. And many people don’t want to know if they are infected, so they don’t get tested.

“We’re trying to change that.”

A close-up of this week’s Personality, Donté A. McCutchen:

When H.E.L.P. was established: 2011 through the nonprofit Minority Health Consortium.

Reason H.E.L.P. was established: It is an advisory board to help get the word out on ways to reduce the high rates of sexually transmitted diseases (STDs) and of HIV in the city. Richmond’s rates exceed the state and national rates.

Why H.E.L.P. is needed: Young people need to see there are people who look like them who not only care but are willing to assist them to stay healthy.

No. 1 way to prevent spread of HIV/AIDS and STDs: Don’t have sex. Realistically, use a condom.

How I got involved with H.E.L.P.: Juan M. Pierce Sr., executive director of the Minority Health Consortium, asked me to come to a focus group on ways to improve community outreach on HIV and STDs. That led to H.E.L.P.’s formation, and I’ve been hooked ever since.

Why I wanted to be involved: I was concerned about my friends and the community.

Duties as chairman: I help keep us together. The H.E.L.P. team is filled with so much talent, creativity and skill, I don’t have to do much else.