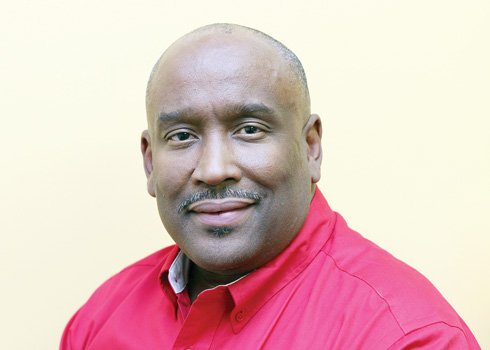 “For me, it was the equivalent to earning a lifetime achievement award for continuing to promote one of the most important civil rights known to mankind — the right to health care access regardless of race, ethnicity, social status, economics, gender or sexual identity,” he says.

Mr. Pierce was honored for serving as the executive director of the Minority Health Consortium Inc., which provides life-saving health education in the Richmond, Petersburg, Hopewell, Emporia and other areas.

Mr. Pierce founded the organization in 1987, and it was incorporated in 1998.

He says he started the group in response to the Report of the Secretary’s Task Force on Black and Minority Health issued by the U.S. Department of Health and Human Services.

“That prompted a number of people in the Richmond community to come together to identify and implement minority-influenced solutions to the devastating problems that precipitated the negative health outcomes documented in the Secretary’s Task Force Report,” Mr. Pierce says.

“The black and Latino communities make up a small portion of Virginia’s population, but they are highly impacted by the real weapons of mass destruction,” Mr. Pierce says.

He gives high praise to his staff of 24 part-time workers.

“I’m extremely proud to be the leader of one of the most loved, most talked about, most requested, most dedicated, most loyal, highly trained, highly effective community engagement and mobilization teams in the world,” he says.

When he’s not on the job, Mr. Pierce says he enjoys cooking on Sundays for his sister and his two sons, Juan Marichal Jr. and Tuchili Juan, and watching movies.

He unwinds by spending time with his sons “and laughing at their comical antics.”

Date and place of birth: May 16 in Richmond.

Minority Health Consortium’s mission: With the involvement of the community, public and professional organizations and interested citizens, to raise the general level of health of minority persons in the Richmond Metropolitan area through participatory strategies, which enhance healthier lifestyles.