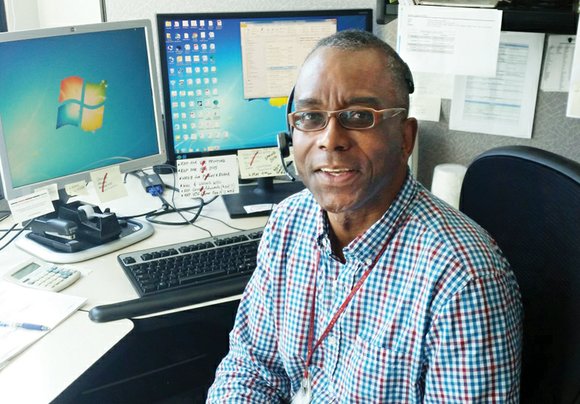 Ryland Restee Roane Jr. was a pioneer in HIV/AIDS education in Central Virginia.

After being diagnosed with HIV in 1987, the Richmond native devoted his life to providing information and assisting others through his work for the Richmond and state health departments.

A graduate of Wake Forest University, his contributions during his 28-year career are being remembered after his death Saturday, Aug. 13, 2016. He was 58.

He succumbed to leukemia at a local hospital, according Elaine G. Martin, director of the state health department’s HIV Prevention Services.

One of Mr. Roane’s major contributions was to raise awareness and understanding of the disease, she said.

“He was one of the first people in the Richmond area to publicly talk about his HIV status in newspaper and television interviews, helping to combat the stigma surrounding HIV,” Ms. Martin said.

“The manner in which Ryland humanized HIV was his most powerful gift,” said Bill Harrison, president and executive director of the area’s largest LGBT organization, Diversity Richmond.

“His impact on the African-American community is well established. He made connections with countless communities of faith and other community organizations to share information and spread knowledge. The number of lives that Ryland saved could never be measured,” Mr. Harrison said.

Awarded the department’s first “Public Health Hero” award, Mr. Roane played a variety of roles for the department, most notably as supervisor of the HIV hotline for the past 16 years, Ms. Martin said.

“Ryland was always willing to go the extra mile to counsel a newly diagnosed patient or help someone solve a medication access problem,” Ms. Martin said.  “Whatever the task or challenge, Ryland would respond, ‘We’re on it. We’ll get it done.’”

Mr. Roane joined the state health department in 1988 as a counselor with the HIV hotline.

From 1990 to 1993, he worked for the city health department, first as a disease intervention specialist and then as the minority AIDS coordinator. He then returned to the state health agency as a health educator and became supervisor of the hotline in 2000.

“Some of these trials were extremely grueling,” Ms. Martin said, “and he suffered from their side effects. However, these efforts helped ensure that others would have access to lifesaving HIV medications.”

Mr. Roane also served on the boards of various organizations and frequently was called on to participate in various programs and educational forums regarding AIDS.

Survivors include his mother, Juanita Roane of Richmond.

Family and friends are planning a memorial service to celebrate his life, but a date has not been set.