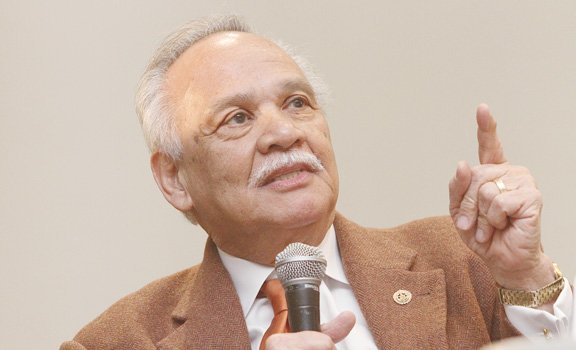 Look up the words “freedom fighter” on Wikipedia, and you’re apt to see a picture of Raymond H. Boone.

The late Free Press editor/publisher spent more than a half-century on an uncompromising mission to secure rights for African-Americans and communities of color as a journalist, newspaper leader and social justice advocate.

Mr. Boone, who died at age 76 in June after battling pancreatic cancer, is being honored this week for his unflinching civil rights work by the Richmond NAACP.

“Mr. Boone advocated for the little people,” Ms. Wood said Monday. “He had a voice in the city of Richmond and people listened to him. He spoke truth to power.”

The gala is being held at the Richmond Marriott, 500 E. Broad St. in Downtown.

A 6 p.m. reception will be followed by a dinner at 7 and a program.

The banquet’s theme: “Advocating for Justice and Equality — The Struggle Continues.”

Seven other community members and a nonprofit organization are to be honored in addition to Mr. Boone. They are: