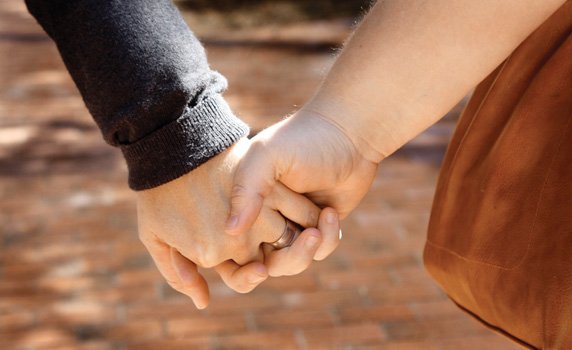 Lindsey Oliver and Nicole Pries on their wedding day, Oct. 6, in Richmond. Photo by Reuters

While gay and lesbian couples celebrated their new right to marry in Virginia, several area ministers were expressing reluctance to marry same-sex couples.

Others were hesitant to discuss the subject, while some were supportive.

What is clear is the split among clergy. That’s what the Free Press found after contacting 30 ministers. Only nine shared their views.

Dr. Marlon Haskell, pastor of Chicago Avenue Baptist Church, is among the opponents of the change. He said he would not perform a same-sex wedding, saying the court decision that allows such nuptials conflicts with his faith.

“I understand the civil perspective to afford everyone the equal right to marry whomever they will,” said Dr. Haskell, speaking for himself and not the 200-member Baptist Ministers Conference of Richmond and Vicinity of which he is president.

“However, theologically, my understanding is that marriage is between a man and a woman. I respect the court’s decision, but I do not endorse it.”

The Rev. Roscoe Cooper III, pastor at Rising Mount Zion Baptist Church in Henrico County and past president of the conference, by contrast, offered a supportive view of the new definition of a loving couple.

“This landmark decision is going to assist the church in our attempt in understanding the word of God and the love of God more clearly and concisely,” Rev. Cooper said.

“My point is,” he continued, “God is a God of love, and we are called to love one another as Christ loves us. And secondly, Genesis 1:27 says that we are all created in God’s image.”

The Rev. Robin Gorsline, president of People of Faith for Equality in Virginia, exemplified the clergy who believe that the courts have done the right thing.

“Glory hallelujah!” the longtime advocate of same-sex marriage declared. “Love changes the world, and right now it has changed Virginia.”

The Rev. Hasan K. Zarif, leader of the nondenominational God’s Intervention Ministry in Chesterfield County, disagrees. “According to the Bible, marriage is between a man and woman. Until I hear from God, as far as I’m concerned, that’s what I believe.”

Dr. Arthur M. Jones Sr., the pastor at Triumphant Baptist Church on North Side, also is a foe of the change: “I don’t believe in gay marriage. I go strictly by the Bible.”

Bishop Gerald O. Glenn, pastor at New Deliverance Evangelistic Church in Chesterfield County, also was a forceful foe. He said he would “be opposed under any circumstances to performing a same-sex marriage. … I am not in a position to endorse acts that are specifically prohibited according to Biblical doctrine.” And the fact that the federal courts have done so shows that they “have gotten into the business of authorizing immorality.”

Dr. Charles L. Shannon III, pastor at Mount Level Baptist Church in Amelia County, said, “As Americans we respect the decision of the courts. At the same time, there are many who are disappointed in this and other important decisions made by our courts.”

Also the leader of a ministers’ group called Faith Leaders Moving Forward, Dr. Shannon added: “Many in America still strongly believe in and live by the tenets of the holy Bible when it comes to traditional relationships between men and women — resulting in natural unions that produce babies, the future of America itself.”

Dr. Stephen L. Hewitt, pastor of Riverview Baptist Church in the city’s West End said he had no problem with gay marriage.

“I respect the rights of others to engage in conduct they are comfortable with,” Dr. Hewitt said. He said he probably would be willing to marry a couple, but not in his church. “I don’t know if my church is ready for that. That is not something I would force on my church.”

Dr. Morris Henderson, pastor of Thirty-first Street Baptist Church in the East End, declined to take a position on gay marriage. Instead, he said he was most disappointed that the nation’s highest court “really opened the door” to gay marriage by declining to hear and decide challenges to same-sex weddings.

In his view, “the court abdicated its responsibility to make a decision on the guidelines that the nation would have to follow, one way or the other. It is a sign of the dysfunction that is going on in our country today.”