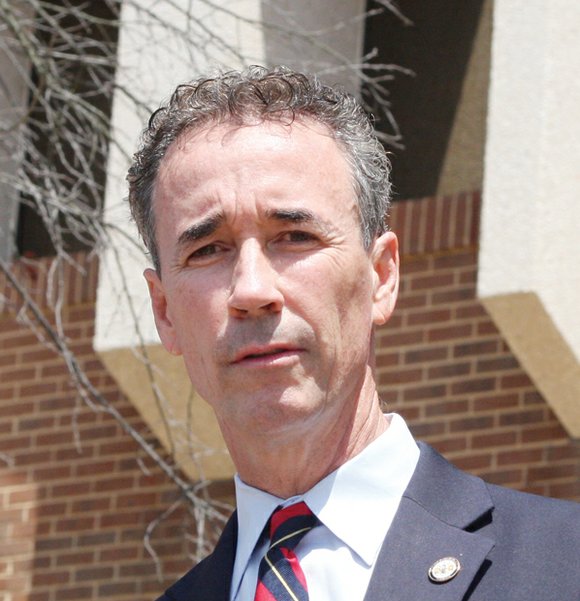 Judge Swersky, who was appointed to hear the case, agreed with defense attorney Anthony Troy that a previous plea deal that resulted in Mr. Morrissey serving 90 days in jail included a grant of immunity that blocked prosecutors from bringing any new charges related to that case.

The plea deal led to Mr. Morrissey’s conviction on a misdemeanor charge of contributing to the delinquency of a minor. The flamboyant attorney was alleged to have had a sexual relationship in 2013 with Myrna Pride, then a 17-year-old receptionist working in his law office.

At the time, Mr. Morrissey and Ms. Pride denied having a sexual relationship. Now 19, Ms. Pride had a baby boy last month.

The felony indictments alleged that Mr. Morrissey committed forgery and perjury related to a child support document his defense team presented Dec. 12 when he was sentenced on the misdemeanor charge.

He has since served a 90-day jail sentence on the misdemeanor conviction and was released last month.

Wednesday’s decision by Judge Swersky ends the case unless a higher court reverses him. The prosecution can appeal his ruling.

“The new charges should never have been brought,” Mr. Morrissey said after he walked out of court. “At an appropriate time, we will present all the evidence to show there was not a scintilla of truth to support the indictments.”

He said his only disappointment is that felony charges were not dismissed against his co-defendant, Deidre L. Warren, the mother of Ms. Pride. Ms. Warren still is facing trial on April 28.

He said he would be a witness for Ms. Warren at her trial and believes she will be exonerated if the prosecution does not drop the case.

Mr. Morrissey said he would have won if he had gone to trial. “We hired two of the best handwriting experts in the country who were prepared to testify” that the document he and Ms. Warren were accused of forging “is an original document, no question.”

The document is a purported 2006 agreement between Ms. Warren and Ms. Pride’s father, Coleman Pride, for the payment of child support.

The felony charges against Mr. Morrissey and Ms. Pride stem from Mr. Pride’s insistence that he had never signed such an agreement and that his signature was forged. Outside the courthouse on Wednesday, Mr. Pride could be heard expressing outrage to his daughter about the judge’s action.

Mr. Morrissey said that Mr. Pride “will be held accountable.”

Now seeking to run for the state Senate, Mr. Morrissey is still incensed that the indictments were issued while he was running in a special election to keep his seat in the House of Delegates.

He said Henrico Police disrupted his campaign and law practice by seizing computer equipment and lists of potential voters just a day before the January election, which he won.

Mr. Morrissey went to court to get authorities to return the computers.