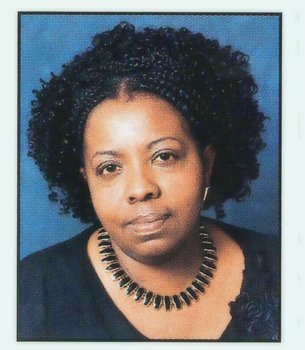 Essie LaDean Miller, a former commissioner of the Richmond Redevelopment and Housing Authority, sought to make life better for residents of Fairfield Court and other public housing communities

Among other things, she was a co-founder of a Church Hill health center that increased residents’ access to low-cost medical services and helped create volunteer anti-crime patrols for residents in Fairfield and other communities.

She was involved in bringing programs of the Central Virginia Food Bank to the East End, including the Kids Cafés. She also helped develop a family resource program and to organize the first Girl Scout and Boy Scout troops in Fairfield Court.

She served three terms as president of the Fairfield Court Tenants Council, which represents tenants, and was actively involved with the Central Virginia Legal Aid Society and the Legal Aid Justice Center in developing ideas and strategies for helping public housing residents.

In 1999, Ms. Miller became the first public housing resident to secure a City Council appointment to serve on the RRHA governing board of commissioners.

She served five years and was often a thorn to RRHA management for her efforts to intervene on behalf of tenants facing eviction or having problems with RRHA staff.

Born into a family of six children, Ms. Miller was a graduate of Maggie L. Walker High School and Virginia Union University.

A former C&P Telephone Co. employee, she operated the state’s Information and Referral Service from 1991 to 1994 during the administration of then-Gov. L. Douglas Wilder.

She was a member of the Richmond Outreach Center on South Side.

Family and friends celebrated her life Saturday, Jan. 17, 2015, at Worship and Praise Church on North Side.