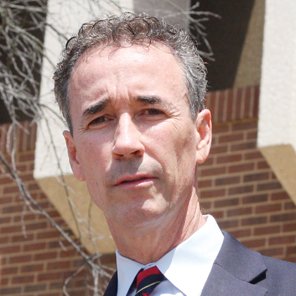 Henrico Delegate Joseph D. “Joe” Morrissey might have to give up his current seat in the General Assembly.

A provision of the Virginia Constitution would force Delegate Morrissey to resign from the House of Delegates if he proceeds, as anticipated, to challenge freshman Petersburg Sen. Rosalyn R. Dance in the 16th Senate District.

It would be a startling outcome after the fight he waged to remain a delegate. He gained pariah status in the legislature because of his criminal conviction for contributing to the delinquency of a minor. The conviction left him serving in the last General Assembly session on work release from a Henrico jail.

Still, Delegate Morrissey won a special election in January to keep his seat and then watched legislators, who loudly had called on him to resign, give up their efforts to expel or censure him.

Delegate Morrissey has yet to announce his Senate bid or to file the required paperwork ahead of the deadline next Thursday, March 26, to run in the Democratic primary in June. So far, only Sen. Dance and another delegate, Joseph E. Preston of Petersburg, have announced as candidates in the primary.

Still, Delegate Morrissey has given obvious signals of his interest in the Senate race. That includes showing support for the candidacy of the Rev. Leonidas B. “Lee” Young II, who formally announced this week that he would run for Delegate Morrissey’s seat in the 74th House District.

Another signal of Delegate Morrissey’s intent is his recent move to an apartment in Shockoe Bottom in Richmond. He also has posted a “For Rent” sign in the front yard of the Glen Allen home that has been his district residence in recent years.

That move to Shockoe Bottom, which he disclosed to the Free Press on Monday, enabled him to establish residence in the Senate district. State law requires candidates to be qualified to vote for the office they are seeking, and that includes living in the district.

The problem Delegate Morrissey faces is that his new home is outside the 74th House District. No part of the House district is overlapped by the Senate district, which stretches from the city’s East End to Petersburg and Hopewell and includes parts of several counties.

Article IV Section 4 of the Virginia Constitution states: “A senator or delegate who moves his residence from the district for which he is elected shall thereby vacate his office.”

It is not clear yet that Delegate Morrissey has completed all the changes that would make him a resident of the Senate district. For example, he is still registered to vote in the precinct where his Henrico house is located. However, it is not yet known whether he has notified the U.S. Postal Service of an address change or if he has secured a driver’s license with the Richmond address.

He would say only that “I’m taking care of everything I have to” to establish residency in Richmond, and his status will be clearer by next week.