VUU golf team plans to come out swinging in 2016 season 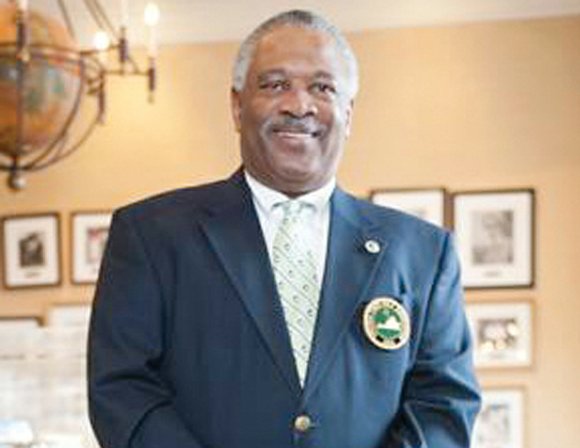 E. Lee Coble is optimistic the Panthers will roar and soar again on the links.

After arriving on the Lombardy Street campus last year with impeccable credentials, Coach Coble is beginning his second full season as head of VUU golf.

With no time to recruit, his first season went so-so. The Panthers placed sixth out of eight teams in the CIAA.

Much more is hoped for come spring 2016.

“We’ll recruit the best possible golfer regardless of ethnicity, and try to put together a team that will be strong, not only in the CIAA, but in the NCAA Division II.”

Already four new freshmen are on board for 2016.

“All together, those four have a combined handicap of three,” he said.

“These are kids we recruited through my lifetime of contacts, watching video, talking to the athletes and their families, sometimes by Skype. There are a lot of kids out there wanting to play college golf.”

The NCAA allows 3.6 scholarships for Division II golf. Coach Coble says he is working with “about three” scholarships that will be divvied up.

Coach Coble noted that, of the quartet, only Andrews is African-American.

“With VUU being historically black, I’d like an all-black team, but that’s not going to happen,” Coach Coble explained.

Here’s a peek into the VUU history book:

According to CIAA records, VUU was conference champion in golf from 1964 to 1971 under the late Coach Tom Harris.

Coach Coble succeeds Donald Coleman, the Panthers’ coach from 1998 through 2013. He has a glistening résumé regarding golf administration and his 32-year career with IBM.

In 2011, Coach Coble was the first African-American to be named president of the Virginia State Golf Association that serves 80,000 golfers and 310 member clubs within the Commonwealth.

He can swing it, too. As a player, Coach Coble won the 1997 Richmond Golf Association Mid-Amateur Championship.

He caddied for pocket money and, on Mondays when the course was closed, he got the chance to swat the dimpled ball himself.

His family moved to suburban New York City, where he attended Mount Vernon High School. He starred in track and field and soccer at Mount Vernon but was denied a chance to play golf.