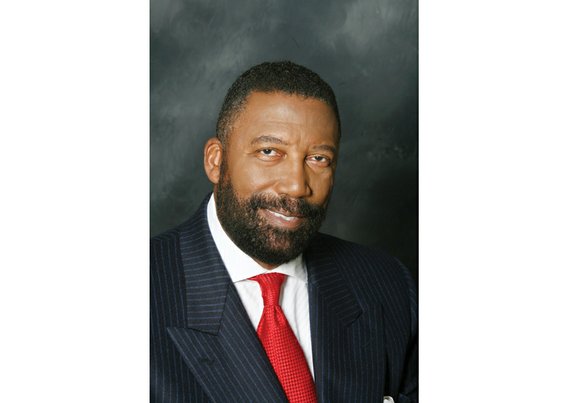 Robert C. Bobb, a Washington-based consultant who once ran Richmond’s government as city manager, is being considered for a new post — interim president of Virginia State University.

Mr. Bobb, 70, is the choice of Harry Black, rector of the VSU Board of Visitors, to replace Dr. Pamela V. Hammond, who will step down as interim president at the end of December.

Mr. Black, Cincinnati’s city manager, last week notified the board and VSU’s accrediting agency, the Southern Association of Colleges and Schools, that he would recommend Mr. Bobb as Dr. Hammond’s temporary replacement, the Free Press has learned.

Mr. Black did not respond to a request for comment.

Mr. Black backed Mr. Bobb for the job last year after Dr. Keith T. Miller resigned as VSU president. However, the board chose Dr. Hammond, then provost of Hampton University, because of her association with higher education, an association that Mr. Bobb does not have.

It is not clear that there would be any more support for Mr. Bobb this time.

For example, Willie C. Randall, VSU vice rector, says he opposes the recommendation in part because Mr. Bobb has no academic experience.

More important, he said, an outsider might not be needed.

A financial adviser now running for the House of Delegates, Mr. Randall said at least two VSU board members would be better choices to fill in temporarily as the school’s chief executive while the board moves ahead with naming a permanent president.

The two he cited are Dr. Robert E. Denton Jr., a professor and head of the Department of Communications at Virginia Tech, and Dr. Alma C. Hobbs, former dean of the VSU School of Agriculture and retired USDA deputy assistant secretary.

Mr. Randall believes the appointment would be very temporary because the search for a new president is going well. He said the next president could be announced by Jan. 1, with expectations that person could start work within a month or two.

Mr. Bobb has a long record with municipal government operations, including his service as Richmond’s city manager from 1986 to 1997.

He also has been city manager of Oakland, Calif., and Washington, D.C., and served four years as president of the D.C. Board of Education.

He also was appointed in March 2009 by then-Gov. Jennifer Granholm of Michigan as emergency financial manager for Detroit Public Schools, which had fallen on hard financial times. He served with high marks in that capacity until 2011. — JEREMY M. LAZARUS