Comments cause temperatures to rise at city School Board meeting 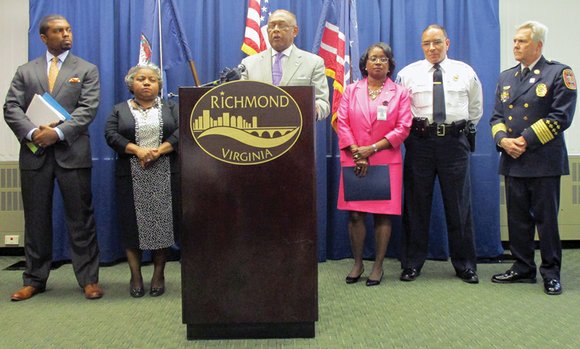 The Richmond School Board, like many public bodies in Virginia, has long barred speakers during its public comment period from engaging in “personal attacks of any individual” or expressing criticism of an administrator, a staff member, a principal or a teacher by name.

But such rules are not constitutional, according to the state’s top legal officer, Attorney General Mark Herring.

In his view, such rules represent governmental action that “violates the free speech rights of speakers” under the First Amendment to the U.S. Constitution,

While not legally binding, official opinions are considered influential legal guidance for policymakers and public bodies in Virginia and are frequently relied on by courts, according to the attorney general’s office.

In Richmond, a former city councilman is citing the new opinion as he considers a legal challenge to the Richmond School Board’s speaking policies after he was cut off while criticizing Mayor Dwight C. Jones for failing to include more funding for schools in the proposed budget. 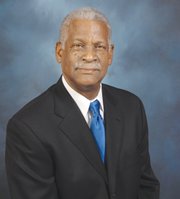 “I called out the mayor for his callous disregard for our schoolchildren and poorly funding our school system” during the public comment period of Monday’s School Board meeting, E. Martin “Marty” Jewell said in a statement to the Free Press.

That led to a verbal confrontation with Mayor Jones’ son, Dr. Derik E. Jones, who represents the 8th District on the Richmond School Board.

As a Free Press reporter attending the meeting later recounted, Dr. Jones took offense when Mr. Jewell said, “Rev. Jones, I hate to speak about your daddy, but I think he done lost it” in failing to propose an increase in funding for public education in the budget amendments he sent to City Council. He also hurled other criticisms at the mayor. 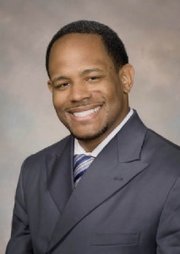 When Mr. Jewell said he wasn’t finished speaking, Dr. Jones made it clear that he wanted to hear no more.

When Dr. Jones then rose from his seat to face Mr. Jewell, School Board Chairman Jeff Bourne, 3rd District, asked Dr. Jones if he needed to take a walk to cool off. Mr. Bourne then called a quick recess when a school security guard approached Mr. Jewell.

Mr. Jewell returned to the line of speakers, but wasn’t allowed to address the board again.

Mr. Jewell told the Free Press the denial was unfair.

“I was denied my right to return to complete my allotted time to comment. (The board’s) policy barring calling one’s name was bogus. Now we see it is indeed unconstitutional.”

Mr. Herring’s opinion was issued Friday, April 15. In it, Mr. Herring wrote that “blanket prohibitions … may not be constitutionally applied so as to bar speakers from discussing specific … employees or officials during open meetings.”

In addition, he wrote that it “is not constitutionally permissible” for a governmental body to put in place a rule that prohibits all “personal attacks.”

Mr. Herring pointed to several federal court cases involving Virginia localities to bolster the opinion, which he issued in response to a question from Delegate Richard L. Morris, R-Isle of Wight, about whether the Franklin City School Board could lawfully ban criticism or personal attacks during the public comment period.