Manchester Courthouse to be renamed for Marsh brothers on May 20 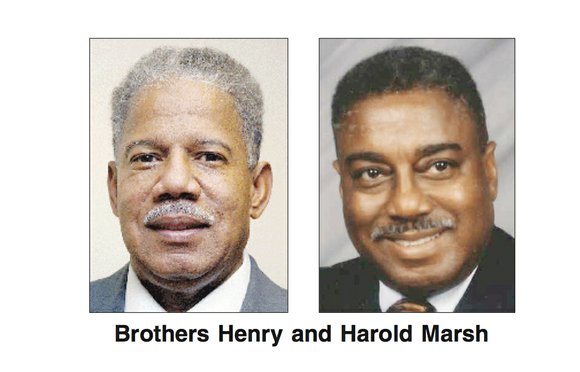 Mayor Dwight C. Jones, who proposed the renaming, will lead the 4 p.m. rededication of the building at 920 Hull St. in South Side.

The event will feature the unveiling of a new sign with the names of the sibling lawyers who are credited with major contributions to the political and civic life of the city.

Richmond City Council endorsed Mayor Jones’ renaming plan in January 2015, but the ceremony was delayed to give the Marsh family time to assemble for the program.

In 1991, he gave up his council seat after winning election to the state Senate from the 16th District, stretching from Richmond to Petersburg. Repeatedly re-elected, he resigned in 2014, after Gov. Terry McAuliffe appointed him as a commissioner of the Virginia Alcoholic Beverage Control Board.

As an attorney, Mr. Marsh successfully fought numerous legal battles on the civil rights front as a partner in the renowned law firm of Hill, Tucker & Marsh, which is now closed.

Harold Marsh, also a partner in the law firm, earned a reputation for community service through his various roles as an attorney, as a substitute judge in the Richmond General District Court and as a supporter of Thomas Jefferson High School and its athletic teams long after his children had graduated. He was shot to death in August 1997 by a person embittered over the results of a civil suit.