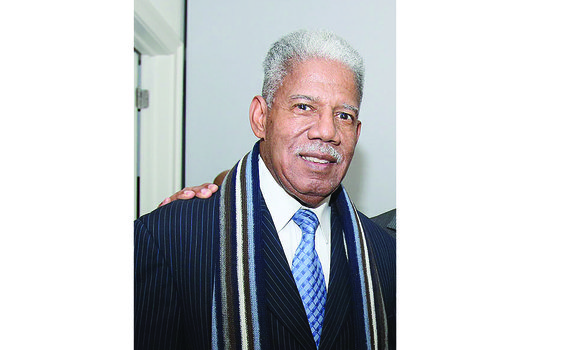 However, a date for the ceremony to officially rename the building has yet to be announced.

Mr. Marsh said he and the city are still working out “various issues” involved with the ceremony. He declined to detail the issues, but said everyone involved “wants to do this right.”

Tammy Hawley, the mayor’s press secretary, said the “matter is still under discussion.”

Timing apparently is the issue. The UCI Road World Championships in September disrupted planning for the courthouse rededication during the fall, and the upcoming holiday season is likely to have the same effect.

The ceremony is considered unlikely to happen before next spring so organizers could give scattered Marsh family members and other guests enough time to make arrangements to get to Richmond for the event.

The renaming aims to salute the role the two brothers have played in Richmond in government, law and community service.

Now 81, Mr. Marsh served on City Council for 25 years and was elected mayor by fellow council members in 1977 after the first majority-black council was seated. He served as mayor until 1982. He left the council in 1991 after being elected to the state Senate. He served 21 years before resigning to accept appointment as an Alcoholic Beverage Control commissioner in 2014.

Mr. Marsh and his brother, a substitute judge who was murdered in 1997, also were key members of the now defunct Hill, Tucker & Marsh law firm.

The firm litigated numerous civil rights cases on behalf of African-American students, teachers and workers for more than 40 years before Mr. Marsh closed the doors in November 2011.