Workers to unite in city for living wage national conference 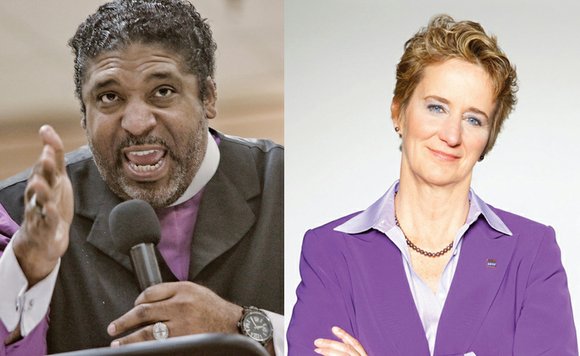 Richmond is about to become the national focal point for advocates of a $15 minimum wage.

Hundreds, possibly thousands, of low-wage workers from across the country are expected to pour into the city Aug. 12 and Aug. 13. for the third annual Fight for $15 National Convention.

The program will include a Saturday march on Richmond’s symbols of the Confederacy and slavery, including the Robert E. Lee Monument on Monument Avenue.

The Greater Richmond Convention Center in Downtown will be the headquarters for the convention, which is open to the public without charge.

Fast food workers, home care workers and others whose low wages stunt their ability to pay rent and support their families are expected to be the main participants.

“Home care workers like me have never been treated with the respect we deserve,” said Lauralyn Clark, a 53-year-old home care worker from Ruther Glen in Caroline County.

“For far too long, we’ve been left out of basic labor protections and denied the minimum wage and overtime pay,” she said. “It’s been over 150 years since we abolished slavery, but we still have slave-wage jobs where we’re not paid enough to  survive. This has to stop, and that’s what this convention is all about.”

Registration is scheduled to start noon Friday, with the opening program scheduled for 5 to 7 p.m.

During the convention, participants are expected adopt a plan to mobilize the voting power of nearly 64 million American workers who are paid less than $15 an hour, a major share of whom are African-American and Latino.

Once seen as an unrealistic and futile effort, the Fight for $15 will arrive with numerous successes in its nearly four-year effort to raise the $7.25 national minimum wage.

While the campaign has made little headway in Congress or in Richmond and Virginia, where minimum wage increases have faced major opposition, the Fight for $15 estimates it has helped 20 million workers gain higher pay in more than 20 states and has won the backing of decision makers in places like Seattle, California and New York that have approved boosting minimum pay to $15 an hour over six years.

Minority workers are the most affected by the stagnant minimum wage. An estimated 50 percent of African-American employees and nearly 60 percent of Latino workers are paid less than $15 per hour, according to an analysis by the National Employment Law Project.

While Richmond might seem a surprising choice, convention organizers said workers chose the Virginia capital as an ideal place to challenge the national legacy of slavery, racism and anti-union policies.

“Racism and corporate greed have always been intertwined,” said David Wildbourne, a member of the library staff at East Carolina University and a convention organizer.

“So we are coming together in Richmond — the former capital of the Confederacy and a past center of slavery — to confront those legacies in our fight for an economy that works for all of us, regardless of income or the color of our skin. And we won’t stop until we win a living wage for every working family.”

To make the point, the gathering is to be capped with the march on Confederate monuments on Saturday. It will be highlighted by a speech from Dr. William Barber II, president of the North Carolina NAACP who electrified the Democratic National Convention last month with his call for public policies that are morally defensible and economically just, including a living wage for all workers.

Participants are scheduled to gather in Monroe Park between 1 and 2 p.m. Saturday and then march west along Franklin Street past the statue of Confederate Gen. J.E.B. Stuart to the monument of Confederate Gen. Robert E. Lee at Monument and Allen avenues for the culminating rally.

There was a second reason Richmond got the nod, organizers said, and that is the city’s new relevance as the home of U.S. Sen. Tim Kaine, the Democratic vice presidential candidate on the ticket with Hillary Clinton and the former city mayor who sought to deal with the city’s racist past.

For workers, the gathering is an opportunity to send another message about the importance of the wage issue to the Clinton-Kaine ticket that already has the backing of the Service Employees International Union, which is the main financial supporter of the convention.

In advance of the convention, Ms. Henry, the SEIU president, expressed the purpose of the gathering in a prepared statement: “The way we’re going to move America forward is by breaking down the barriers that keep wages so low for African-American and Latino working people.

“The people of the Fight for $15 movement know that we need to dismantle the legacy of slavery and segregation so we can create prosperity that includes us all. That’s why we will be standing together in Richmond.”