Gift of the heart

Earl Fleming, a Richmond makeup artist, entertainer and advocate who has given so much to others, receives gift of life from stranger 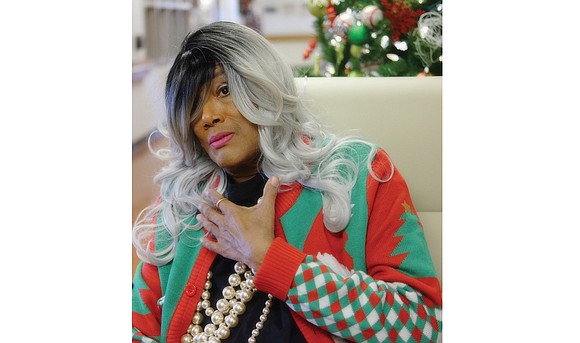 Earl Fleming, 63, sits in front of the Christmas tree at VCU Medical Center’s cardiac unit on Tuesday, just 19 days after receiving a heart and kidney transplant. “I feel that what is meant for me is meant for me. I try to give the best I can give wherever I am,” he said. Photo by Sandra Sellars

This Christmas, one of Richmond’s living legends, who has spent his life giving to others, received the most beautiful gift of all: The gift of life.

Along with a new heart, the 63-year-old founder of the oldest existing African-American drag house in Virginia, House of Snow, received a new kidney to improve his chances for a full recovery and a second chance at life.

Earl Fleming has shed 150 pounds since his diagnosis of heart failure in 2008. His face and frame, he says, are much thinner “thanks to really taking care of my body and this amazing (new) heart.”

“Right at this moment that I’m talking to you,” Earl said just hours after a cardiac catheterization last week that left his voice raspy, “I’m the happiest person I can be. I really am. I feel that I am a miracle.”

After a decades-long battle with gout and chronic kidney problems, Earl was diagnosed with acute heart failure in 2008. 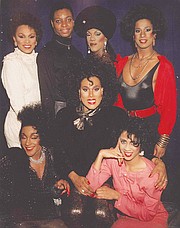 The House of Snow family in 1984 at “Introducing the Snow Family” at The Bachelor’s Mill in Washington. Housemother Christmas Snow surrounded by her “snowflakes,” clockwise from bottom right, April Snow; Autumn Snow; Sheniqua Snow; Jay Snow; Victoria Snow, the current house mother; and Zaviara Snow. At right, Earl strikes a pose at Hecht’s department store at Virginia Center Commons mall in 1990. “The designer for the African outfit,” Earl recalls, “needed a tall girl the day of her fashion show,” although Earl was working the show as a coach, makeup artist and hairstylist.

Even after his diagnosis, Earl maintained his unique role as cultural icon in Richmond, serving as emcee during the “Church Crown” fashion show at the Richmond Folk Festival and a judge for Glam Gurls modeling competitions while still doing makeup professionally.

Seemingly after every major setback for Earl, there is an even greater comeback.

“It’s amazing,” he said in a hospital interview Tuesday, referring to his transplant recovery time, as his nurse, Kate, nods her head fervently in agreement. “And I’ve been dead three or four times.”

Each time, he said, God has given him another reason to live.

“When I was younger, a guy stabbed me at my house. I was later in a devastating car accident that severely damaged my sciatic nerve. And when I was getting this heart,” he said, patting his chest under a hospital gown, “I flatlined several times.”

Even before an organ donor had been secured, Earl had momentarily given up hope.

He was placed on the donor list in the spring of 2016 and was at VCU Medical Center awaiting a donor for 171 days. As the year progressed, Earl said he was becoming increasingly weary.

And then, on Oct. 3, Earl was dealt a devastating blow when his closest friend, Dianna Lofton, lost her battle with cancer.

“We talked every day, and they came in one day and told me she had lost her life. I was devastated.”

But in true form, when Earl thought all was lost, hope prevailed.

The day after Ms. Lofton passed away, Earl received notice from his cardiologists at VCU that he had a donor.

While he does not know who his donor was, he is hopeful that he can one day meet and thank his donor’s family for the ultimate gift.

It is this enigmatic narrative that allows Earl to continue to find beauty in each moment — and to create beauty for others.

The Armstrong High School Class of 1972 graduate has worked for more than 40 years as a makeup artist, first at Thalhimers and Miller & Rhoades department stores in Downtown during the 1980s and 1990s, then at the MAC counter at Hecht’s and Macy’s at Regency Square Mall well into the new millennium.