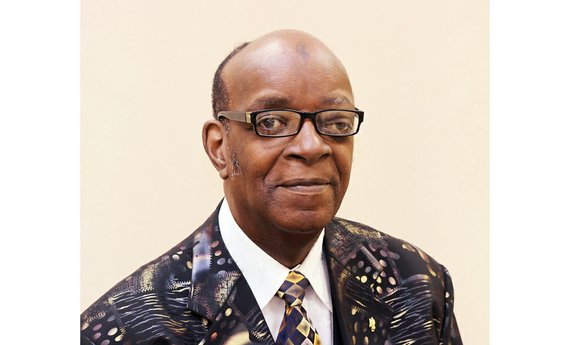 “He was a giant among giants in music,” said gospel keyboardist and choir director Larry Bland.

“There will never be another like him,” said gospel music director Johnny J. Branch.

The music and church community is mourning the loss of Mr. Lilly, a gentle man who, for more than 50 years, masterfully wowed audiences at dozens of churches and venues with his organ playing and choir directing known as “The Lilly Touch.”

Family, friends and community members will celebrate his life at his funeral 11 a.m. Friday, Feb. 19, at Fifth Baptist Church, 1415 W. Cary St., in the West End.

Even in the final months of his life, Mr. Lilly remained true to his unswerving commitment to serve God, the church and the community by performing whenever possible. He earned the respect of his peers and diverse audiences with his ability to flawlessly execute the most difficult of sacred, secular, traditional and contemporary gospel music on the pipe and Hammond organs.

“It is the best instrument that has allowed me to manifest my gift,” Mr. Lilly said in September 2014 when he was featured as a Free Press “Personality.”

He also was proficient in performing an array of other musical genres.

Family and friends responded to the news of his death by affectionately salut- ing the man known to many as “Professor Lilly.”

She recalled her father as “charming, debonair, very friendly and very disciplined.”

“He wore suits every day,” she said. “He wanted to always look his best.”

She said her father loved to perform for audiences ranging from church and civic groups to schools and festivals.

She marveled that he memorized the Christian Praise Hymnal and the Baptist Hymnal and would tell audience members, “Please turn to page such and such,” without glancing at the hymnal.

His talent also helped to pave the way for other African-American performers locally.

Mr. Bland, who has led the Volunteer Choir for more than four decades, saluted “the incomparable legacy” of Mr. Lilly.

“He was one of Richmond’s greats that influenced and impacted my life and music ministry,” Mr. Bland said. “I am thankful that in the last few years of his life, we were closely in touch, working together on a couple of projects, during which I was able to let him know just how much he has meant to me. He inspired me to be me. He was my hero and my friend.

I will never forget him.”

Mr. Branch said he was friends with Mr. Lilly for more than 60 years. Mr. Branch is vice chair of The Old Landmark Gospel Association that honored Mr. Lilly in 2014 for decades of dedicated service to the Richmond area. “Having served

with Harold doing concerts, homegoing celebrations, birthdays and just regular worship services, there will never be another like him,” Mr. Branch said.

“We thank God for allowing us to spend time with such a gifted musician,” he added. “We thank him for blessing our spirits, for touching our hearts, for leading us in worship and for reminding us who God is.”

Mr. Lilly was born Dec. 31, 1944, in Richmond. He grew up in the Jackson Ward neighborhood and graduated from Maggie L. Walker High School in 1963.

He then attended Virginia Union University for two years before being drafted into the Army in 1965. During his military service, he served as a chaplain’s assistant and chapel organist at Fort Benning, Ga.

Mr. Lilly began to teach himself to play the organ at age 4.

“I was captured by the sound of the piano and versatility of the organ sound,” he recalled in his “Personality” feature. He said his first music coach was Odessa D. Randolph when he was in the fifth grade at Baker Elementary School. He also studied under Perzelia Goodwin, Marie Goodman Hunter, Robert J. Jones and Dr. Carl Roberson.

Mr. Lilly recounted his first public performance when “Pastor Clarence Dunlap called me out of the congregation at St. Mark Church of God in Christ on North Side at age 8.”

He had Pentecostal roots as a child, attending Jerusalem Holy Church on South Side.

Mr. Lilly was first introduced to the city in the early 1970s at the historic Mosque (now known as the Altria Theater), performing as guest organist for the Emancipation Day Service for the Baptist Ministers’ Conference of Richmond and Vicinity.

He went on to perform at that service for several decades and also performed at the City Wide Revival for 33 years.

Mr. Lilly was the featured instrumental artist in productions of The Ebony Fashion Fair, as well as productions of “Purlie” and “Momma, I Want To Sing” at the Mosque. He also performed at the 2010 Richmond Folk Festival.

In addition to playing the organ, Mr. Lilly also demonstrated and sold Hammond, Allen and Rodgers organs at Walter D. Moses, Baldwin and Corleys music stores for many years. He also was a postal carrier for more than 10 years, his daughter said.

“His legacy, I believe, is that he ensured through his music ministry that people would leave each service spiritually enlightened with a big smile on their face,” said Mr. Lilly’s brother, John W. Lilly.

In addition to his daughter and brother John, Mr. Lilly is survived by his son, Harold Lilly Jr. of Sherman Oaks, Calif.; brother Ralph Watson of Oakland, Calif.; three grandchildren; and numerous other family members.