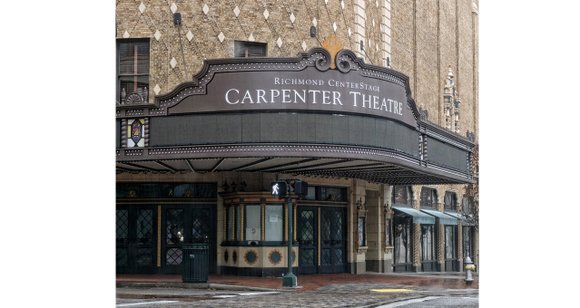 With a $5.5 million gift from its charity arm, the Dominion Foundation, the company is to gain naming rights to the complex that includes the Carpenter Theatre, the Libby S. Gottwald Playhouse and other arts operations.

City Council is clearing the way for the complex to be renamed the Dominion Arts Center. The complex is home to various arts groups, including the Richmond Symphony.

Dominion is spending less than tobacco and cigarette giant Altria, which donated $10 million to put its name on the former Landmark Theater on North Laurel Street.

“Our grant seeks to strengthen the performing arts by helping sustain the unique and historic Carpenter Theatre and the other venues at the downtown complex,” according to Thomas F. Farrell II, chairman, president and chief executive officer of Dominion Resources.

Dominion’s name is to be on new signs that will go up in the spring and be included on tickets and brochures for the 1,760-seat main theater, the smaller 200-seat Gottwald Playhouse, the Rhythm Hall and the Genworth BrightLights Education Center that serves the region’s public schools students, teachers and families.

“Having this wonderful, historic facility means that funds are needed to keep it in the best possible condition. Dominion Foundation’s grant will make it possible for us to ensure that our facility remains a treasured destination for performers and audiences alike,” she said.

Dominion has given more than $4 million to support Richmond CenterStage since 2007, when a $62 million renovation and redevelopment began. The complex officially reopened in 2009.

The company’s foundation also gave $2 million to the Altria Theater in 2012 during that facility’s renovation, and the stage there, Dominion Stage, is named for the company. — JEREMY M. LAZARUS