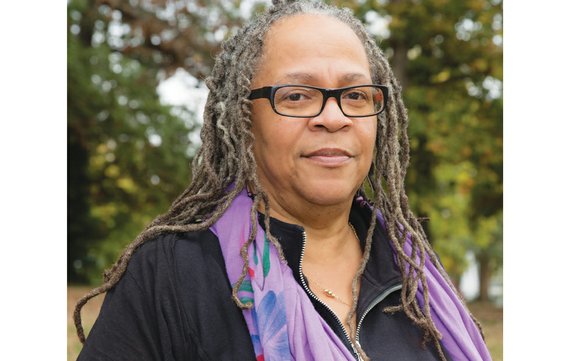 Lillie A. Estes first got involved in efforts to improve the community as a high school student in Newport News. Friends urged her to join the NAACP Youth Council.

Decades later, her community betterment work continues in Richmond, where she has been a resident for many years and active with several advocacy groups.

Ms. Estes says the 2010 murder of her son, John Williams II, just three days shy of his 24th birthday further fueled her efforts. She calls his death, and that of other young people, “an indictment of our city leadership.”

“When our children are growing up, they have such limited options. We’re duty bound to provide better options so our children will make better choices,” she says.

Among her efforts: Ms. Estes serves on the advisory board of the city’s Maggie L. Walker Initiative for Expanding Opportunity and Fighting Poverty. The group presented an action plan to Mayor Dwight C. Jones in 2013 to help alleviate poverty in Richmond, where one in four city residents lives at or below the poverty level. The mayor’s Office of Community Wealth Building, whose task is to help implement poverty-fighting initiatives, grew from those recommendations. She also serves on the board of the Virginia Poverty Law Center.

Ms. Estes recently was feted for her community service by another group in which she’s active — Mothers for Justice and Equality, a national group based in Boston whose mission is to empower mothers to end violence in the streets. The group presented her with its Mothers of Courage Award in Boston in November at its conference, “Mothers Against Violence: Empowering Women to Action.”

“I was deeply honored and humbled,” Ms. Estes says of winning the award. She joined the group in 2006.

“We, as an organization, are moving in the direction of galvanizing the mothers of children adversely impacted by violence within our communities nationwide to be the change agents that assist in transforming our communities,” she says. This week’s Personality is the courageous Lillie A. Estes:

Date and place of birth: Aug. 6 in Hampton.

How I got news that I was an award winner: I was informed by David J. Harris, managing director of the Charles Hamilton Houston Institute for Race & Justice at Harvard Law School.

Communities can do more if: The expectation is set with a profound focus on humanity. Imagine if we greeted each other every day with a pleasantry and affirmation how different to the good our disposition would become. The hostility among us would have no choice but to go away. We can then remain consistent with our community work.