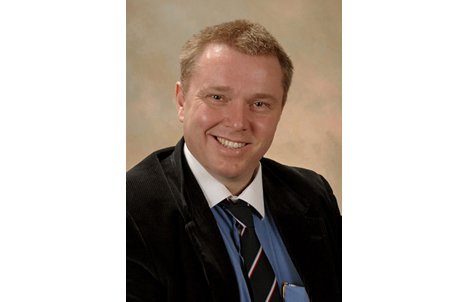 When he first published a paper 18 months ago detailing a kind of “miracle” drug that could destroy every virus and bacteria that plagues mankind, Virginia Commonwealth University researcher Paul Dent found his work derided as too good to be true.

Now in a newly published study involving an international team, Dr. Dent and his VCU researchers have confirmed the AR-12 treatment works as advertised through laboratory tests and animal studies.

The article appearing last month in the Journal of Cell Physiology reported that the treatment is effective against a host of viruses, including drug-resistant strains of HIV, Ebola, flu, mumps and measles.

The new findings suggest that this breakthrough treatment — a drug derived from the arthritis remedy Celebrex — also could take on the fast-spreading Zika virus that threatens pregnant women’s unborn babies, as well as drug-resistant bacteria.

According to Dr. Dent, the key challenge is to get the treatment moved from the laboratory into clinical trials on people, particularly people with “superbugs” that either have no treatment or have become resistant to current antibiotics.

That’s the only way to learn how well the drug works, but also about any potential side effects, he said.

“Basically, we have fully worked out how the drug works and why it stops so many different kinds of viruses,” said Dr. Dent, a professor in the Department of Biochemistry and Molecular Biology in VCU’s School of Medicine.

Essentially, the drug attacks “chaperone” proteins that allow viruses to reproduce and take over normal cells, Dr. Dent said. By inhibiting the chaperones, the viruses cannot form a correct shape and end up dying off.

Clinical trials could cost $4 million to $5 million, Dr. Dent said, and so far, that money has not been available despite the remarkable research findings of Dr. Dent and his VCU team, along with researchers in Arizona, Maryland, Argentina, Australia and Spain.

Colleagues at VCU who run clinical trials have yet to apply for funding to test the effects of the drug on viruses that are untreatable, and Dr. Dent is unaware of any federal health-related agencies making funding available for clinical trials.

However, the U.S. Army has said it is planning to test the drug for use against viral epidemics such as Ebola that could threaten its forces. The Army also wants to see if soldiers could benefit from use of this drug against antibiotic-resistant bacteria, such as MRSA and E. coli.

Outside the United States, there has been more interest in AR-12. Europe already has approved AR-12 for use against some rare diseases and conditions, and Arno Therapeutics pharmaceutical company is planning to take the treatment to England for a clinical trial against untreatable cases of HIV.

AR-12 has already been found to be effective in killing certain brain cancer cells, and a separate study in the United Kingdom also has shown that it destroys drug-resistant “super-gonorrhea,” which has spread around the UK during the last few years, raising fears among doctors that it may be untreatable.