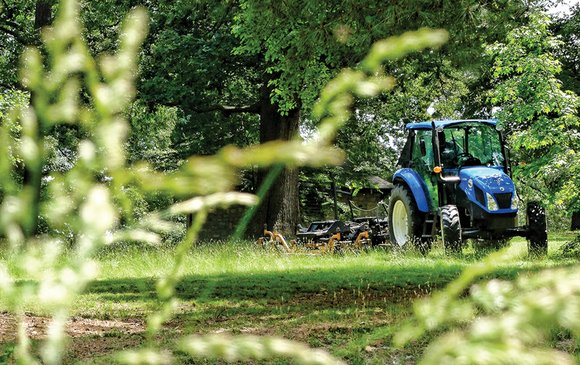 High grass gets sheared Wednesday at Bryan Park in the North Side. This is one of the four parks that a team of inmates from the Richmond Justice Center will keep groomed under an agreement between City Hall and Sheriff C.T. Woody Jr. The other three parks are Byrd, Chimborazo and Forest Hill. Photo by Sandra Sellars

City Hall is getting some help to mow down the high grass in its parks, street medians and an array of other public property.

In the past two weeks, a small cadre of volunteers armed with weed whackers and mowers has tidied up school lawns and eliminated embarrassing overgrowth on other city property.

Now, Sheriff C.T. Woody Jr. is adding some reinforcements. After a talk with Mayor Dwight C. Jones, according to city officials, the sheriff has agreed to provide seven trustees from the jail to groom four major parks — Bryan, Byrd, Chimborazo and Forest Hill.

The inmates, who are to earn $10 a day, were to start work this week using city equipment to deal with grass and weeds that are flourishing as a result of significant and steady rain in recent weeks.

What remains a puzzle is why the city waited so long to bring in willing inmates to undertake the work and why so few are being deployed, despite longstanding efforts to create a robust program.

Sheriff Woody has not responded to requests for comment. The Richmond Department of Public Works also has not explained its disinterest in employing jail inmates, nor have other departments.

Since at least the mid-1990s, the sheriff’s department ran a program in which jail inmates — particularly those serving time on weekends — picked up litter mostly in areas that had become dumping sites.

Ten years ago, Richmond City Council approved a community service program that authorized the sheriff to put willing inmates to work to clean up public property as well as abandoned properties that had become neighborhood eyesores.

At the time, the program was aimed largely at getting inmates involved in cleaning up vacant lots and cutting overgrown lawns of vacant houses to help cut the expense of employing private companies.

Five years ago, Mayor Jones won council approval for an ordinance that cleared the way for willing inmates, under supervision, to “work on such public property … as may be identified in writing by the chief administrative officer and transmitted to the sheriff.”

Explanatory language attached to the 2011 ordinance cites the success of inmate crews “in cleaning debris and maintaining vegetation on both public and private property. The inmate crews have proven to be a cost-effective and efficient way to supplement the city’s grounds maintenance and nuisance abatement programs.”

Inmates have been “previously utilized to complete work on public properties, such as parks, athletic fields, cemeteries and rights-of-way, … and in some cases, have replaced city staff, resulting in cost savings.”

However, such use of inmates seems to have evaporated, particularly since the new Justice Center opened.

Tony Pham, legal counsel to Sheriff Woody, stated that a handful of inmates most recently were assigned to work on the development of the Cannon Creek Greenway on North Side.