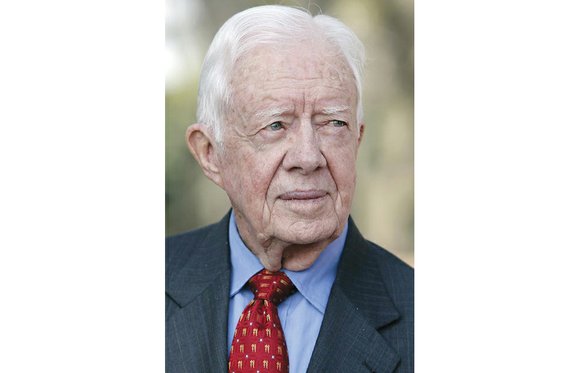 Pastors Frederick Haynes and George Mason both lead Baptist churches in Dallas, but they had never met until the not-guilty verdict in the death of Florida teen Trayvon Martin brought them together in 2013.

Now the two men — one the leader of a predominantly black megachurch, the other of a mostly white congregation — have signed a “covenant of action” spearheaded by former President Jimmy Carter.

President Carter, now 91, has long been known for building bridges between divided parties. But his work to bring Baptists of different races together on a national level is morphing into grass-roots attempts to address community needs.

About a dozen partnerships have been created by groups of Baptists from Alabama to Oklahoma — renovating campgrounds, mentoring youth, packing boxes at a food bank. The former president and a younger cohort of leaders are hoping the movement will grow to 100 by 2018.

“What we are trying to do now with the New Baptist Covenant is to pair up African-American-dominated churches and white churches in the same community — or sometimes on the same street almost — to work together on projects that are good for the low-income people in that neighborhood,” President Carter said in an interview.

Rev. Haynes and Rev. Mason have co-authored an op-ed on reducing payday loan businesses in Dallas. Recently, staffers of Rev. Haynes’ mostly black church, which once had some 20 payday loan businesses within a five-mile radius, trained Rev. Mason’s historically white church on ways to block them. And now they are spending time together on racial reconciliation activities, including studying the Bible and sharing a meal that emphasized privilege.

“There were some who received more food than others and some received nothing and I think that was an eye-opening piece for many who were there,” said Rev. Haynes, who said the work of the two churches has moved beyond “feel-good” experiences. “What makes this effort different is that we are refusing to settle for a kumbaya moment.”

President Carter, who is scheduled to keynote a training meeting of the New Baptist Covenant in Atlanta in mid-September, said he was moved originally to bring black and white Baptists together because they once met together in the Triennial Convention in the 1800s, before the Southern Baptist Convention broke off in a dispute over slaveholding missionaries.

As a child, the former president grew up in Georgia with African-American playmates who helped him gain an understanding of “some of the problems of legalized racial segregation.”

After leaving the White House, he later quit the Southern Baptist Convention over its 2000 decision to bar women from the pastorate. He has worked with more moderate Baptist leaders to found the New Baptist Covenant movement, bringing 15,000 people together for an Atlanta meeting in 2008.

His continuing hopes for greater Baptist and interracial cooperation come, he said, after the country may have prematurely thought racial reconciliation was achieved after the Civil Rights Movement victories of the 1960s.

“I think that was a sigh of relief too early because we rested on our laurels and now we’ve found out in the last year or two, very vividly with the police attacks on innocent black young people, that we still have a long way to go in this country,” President Carter said.