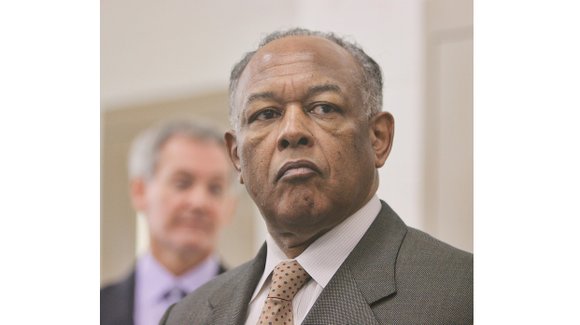 Parking at a Downtown meter could soon be more expensive. So could the annual city fee to register a vehicle and the cost of trash collection.

Those are some of the fee increases Richmond Mayor Dwight C. Jones is proposing in the $709 million spending plan for fiscal year 2017 that begins July 1.

He presented the plan last Friday to Richmond City Council. It would be up to the council to approve the fee increases as part of its work on the budget.

According to the mayor, the fee increases are needed to help the city cover the cost of services and pay city employees.

During his first seven years in office, Mayor Jones repeatedly has told city residents that he was “positioning the city for growth,” which he considered the best way to generate the revenue to allow increases in spending for public education, to replace or overhaul decaying school buildings and meet other pressing needs.

In a city still recovering from the Great Recession, where one in four residents and 40 percent of children live in poverty and where one-third of workers earn less than $25,000 a year, Mayor Jones’ mantra has been, “We cannot tax our way out, we cannot cut our way out.” Instead, he said, the city must encourage the creation and expansion of tax-generating businesses.

But now in his eighth and final year, the mayor is acknowledging that the growth strategies he has tried have yet to generate the substantial revenue returns the city needs — even with all the construction and population growth.

In the budget message he delivered to City Council, he focused on strategies to close a potential $9 million gap between spending and revenue, ruling out any increases in spending for public education or wage increases for most city workers.

He called it a continuation of the problem he has faced since taking office — the need “to write budgets with limited local revenue, declining state dollars and rising needs. Our dollars are limited, and any new ones must come from somewhere.”

Instead of tax increases, he urged council to cut city spending and impose modest increases in a few fees. That, he said, would generate the revenue needed to support the proposed budget — an $80 million increase from the first budget he presented after taking office in 2009, at a time when the recession caused shrinking revenue.

According to the budget plan, the city expects to generate about $11 million in new tax revenue in 2017. To get to $20 million, the mayor called for increasing the fee for refuse collection and recycling from $17.50 a month to $20 a month. The cost of metered parking would rise from 75 cents an hour to $1.25 an hour. The fee on jail inmates would increase from $1 a day to $2 a day. And the annual vehicle registration fee for cars would rise from $23 a year to $40.75 a year, with a similar hike imposed on pickups and larger trucks.