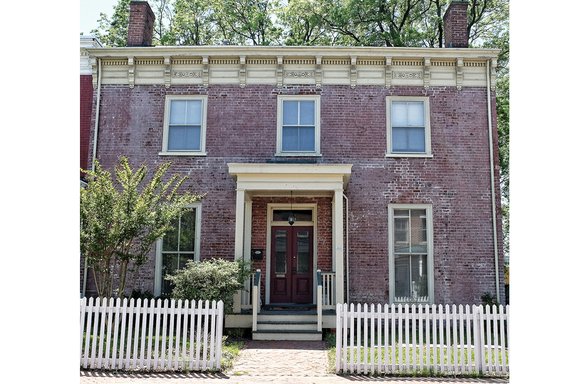 View of the home of the Rev. William Washington Browne, founder of the Grand Fountain of the United Order of True Reformers. Location: 105 W. Jackson St. in Jackson Ward. The house also was the original location of the order’s savings bank, which opened April 3, 1889. Photo by Sandra Sellars

The Black History Museum & Cultural Center of Virginia opens this week in its newly renovated space, featuring exhibitions and a photography display telling the story of African-Americans in Virginia.

The museum officially opens next Tuesday, May 10, at the new site at 122 W. Leigh St., just across from Abner Clay Park and next door to Ebenezer Baptist Church.

However, the museum will offer an early look during three days of events, including a ribbon-cutting ceremony set for Thursday, May 5.

The new location provides the museum with 12,000 square feet on two floors dedicated to the African-American experience in Richmond and beyond, according to a museum release.

Highlights include an installation of photographs depicting African-American achievements in business, finance and education.

Two of the photographs the museum is displaying were featured in the Exhibit of American Negroes at the1900 World’s Fair in Paris.

“Dr. Dubois and Mr. Calloway were able to offer an incredibly rich narrative of black Americans rarely depicted,” said Elvatrice Belsches, co-founder of the Central Virginia African-American Genealogicial and Historical Society who has served as a historical consultant with the Black History Museum.

“As a result, the (World’s Fair) collection altered popular thought about the progress and contribution of blacks in America at that time,” Ms. Belsches said.

Among the photographs is an 1899 image of the S. J. Gilpin Shoe Store in Jackson Ward. Owned by shoemaker St. James Gilpin, the photograph documents the early roots of African-American entrepreneurship.

The Thompson and Benson Pharmacy enjoyed a large white clientele and carried an extraordinarily large inventory of stock. One of the owners, Dr. John M. Benson, made history in 1895 when he became the first African-American to pass the Virginia Pharmacy boards, a certification test.

Dr. Benson would make history in 1895 as the first African-American to pass the Virginia Pharmacy boards, the certification tests for a license.

Such individuals enabled Jackson Ward to earn the sobriquet as “the cradle of black capitalism.”

That view also is supported with other photos, including one from a publication titled “Twenty-five Year History of the Grand Fountain of the United Order of True Reformers, 1881-1905.” 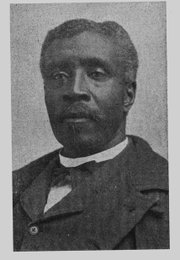 This was a fraternal organization headquartered in Richmond. By the early 20th century, the organization was among the most influential African-American civic and social groups in the country, with a membership approaching 100,000 in 20 states.

The True Reformers would make history in 1888 by organizing a savings bank in Richmond, the first bank chartered by African-Americans in the nation.

The museum will feature a photo of the organization’s founder, the Rev. William Washington Brown, who filed for the charter and opened the bank in his home, which still stands at 105 W. Jackson St.

Another photograph of interest is of the Richmond Colored Normal and High School.

“The Freedmen’s Bureau organized schools,” Ms. Belsches said. “One of the most stellar of these schools was Richmond Colored Normal,” organized in 1867. 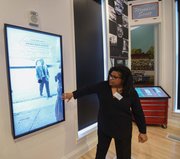 Some of the graduates of the school include banker Maggie L. Walker, crusading journalist John Mitchell Jr. and pioneering physician Sarah Garland Jones. Built around 1873, the school was deeded to the City of Richmond in 1876. Its name was changed to Armstrong High School in 1909, when the school was moved to a city school building at 1st and Leigh streets.