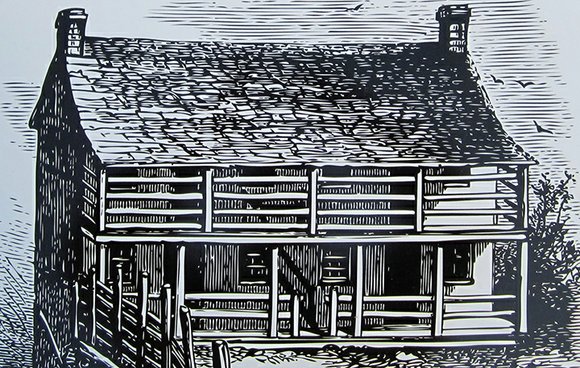 Richmond is preparing to take its first big step toward developing a museum on slavery just north of Main Street Station in Shockoe Bottom.

The site: Lumpkin’s Jail, a once notorious slave pen and auction site known as the “Devil’s half-acre,” where, Virginia Union University traces its start after the Civil War to educate newly freed slaves.

The 10 a.m. ceremony is to take place at 15th and East Franklin streets near the site, it has been announced.

The program is expected to include the announcement of the hiring of the SmithGroupJJR, a 200-year-old Detroit-based architectural firm, which was involved in designing the Smithsonian’s new National Museum of African American History and Culture in Washington.

It could take a year or more before actual work would begin. The new consultant would be required to hold public meetings, develop a master plan and prepare a budget to show that the museum could be self-supporting.

The museum plan is the last remnant of a far large proposal that Mayor Jones spearheaded three years ago that included creating a new stadium for minor league baseball near the proposed museum. The larger plan never won the support of the public or a majority of City Council and died within six months.

Still, Richmond has amassed $19 million for the museum development, according to Delegate McQuinn, including $11 million from the state and $8 million from the city. She said plans also are being made for a fundraising effort to add private contributions in order to provide funding for a larger museum.

The goal is to create a tourism attraction out of Richmond’s slavery past. Prior to the 1865 Union victory in the Civil War that largely eliminated slavery, the city’s economy was based on the sale of human beings, with the city rated as the second largest auction point behind New Orleans.

One problem for the museum development is that there is little to see. A 2008 excavation of the Lumpkin’s Jail site found virtually no artifacts and barely any remains of the building. The site was filled in to await further development.

Almost all the other buildings connected with Richmond’s slavery past have disappeared from Shockoe Bottom, the city’s epicenter for the slave trade.

Nor is there much evidence of interest in Richmond’s slavery connection. For example, few people come to Richmond to walk the slave trail between the Lumpkin’s Jail site and the old Manchester docks in South Side where enslaved people awaiting sale were loaded and unloaded.

Nonetheless, a coalition of activist groups continue to criticize Mayor Jones for not including more land around Lumpkin’s Jail to create an expanded slavery memorial park along with a museum. So far, city leaders have ignored the proposal, seeking to limit the area so that other nearby city-owned property could remain open for possible tax-generating developments such as stores and apartments.