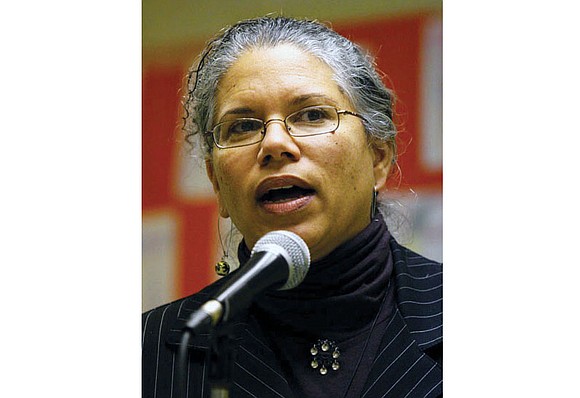 The small Lumpkin’s Jail site could be expanded into a larger memorial park remembering Richmond’s role in slavery after Mayor Dwight C. Jones leaves office, according to advocates for the expanded site.

Four of the candidates considered to have the best chance to win the Nov. 8 election to become Richmond’s next mayor have endorsed the idea of creating a 9-acre Shockoe Bottom Memorial Park in which the 1.7-acre Lumpkin’s Jail site would be the centerpiece. They are Jonathan Baliles, Jack Berry, Joseph D. “Joe” Morrissey and Levar Stoney, according to activist Phil Wilayto, who has led the campaign for the memorial with his wife, Ana Edwards.

A fifth candidate, City Council President Michelle Mosby, has not endorsed the expanded project, according to Mr. Wilayto.

The support has been a big boost for their nearly two-year campaign for an expanded park that has been ignored or quietly opposed by most current City Council members as well as Mayor Jones, who has focused on spending at least $19 million developing solely the Lumpkin’s site.

“What this means is that after Mayor Jones leaves office, we will have a new mayor and possibly a new council supportive of the park proposal,” said Ms. Edwards, chair of the Sacred Ground Historical Reclamation Project.

“This is why we are viewing the present mayor’s plan for a memorial at Lumpkin’s Jail as just the first stage in the larger memorial,” she said.

Mr. Wilayto said the proposed park would encompass the Lumpkin’s site and the African Burial Ground that sits on the north side of Broad Street across from the Lumpkin’s Jail site.

The remainder of the park would involve about 5 acres of largely vacant city land situated east of the railroad tracks leading into Main Street Station. The envisioned park could stop at Crane Street, between Broad and Grace streets, or could extend to 17th Street between Broad and Franklin streets, Mr. Wilayto said.

Ms. Edwards noted that “the mayor’s plan does not include the African Burial Ground, nor does it provide any protection for the rest of Shockoe Bottom against inappropriate development, including a stadium.” By contrast, the Sacred Ground organization’s plan does.

Mr. Wilayto said that along with continuing the fight for the park, he and other park plan supporters will oppose current city efforts to create an expensive museum on the Lumpkin’s Jail site “because it would compete with the already opened Black History Museum and Cultural Center of Virginia in Jackson Ward.”

To move forward to create the museum on the Lumpkin’s site, the city has just hired a Detroit-based design firm that helped created the new National Museum of African American History and Culture in Washington.

Mr. Wilayto calls that too elaborate. He said what really is needed is an interpretive trail through which people can learn about the area’s history, and look through a glass floor in a pavilion at the actual jail site to view the building’s foundations uncovered during a 2008 excavation.

For more than 50 years before the Civil War, Shockoe Bottom teemed with auction sites and holding pens for the buying and selling of enslaved people. Mr. Wilayto and Ms. Edwards believe their plan would do more to attract and educate people about that era.

They have worked hard to build a coalition of supporters for the expanded park that now includes several organizations, including the Richmond Branch of the NAACP, the Richmond Crusade for Voters, Preservation Virginia, the National Trust for Historic Preservation and the United Nations Antiwar Coalition.