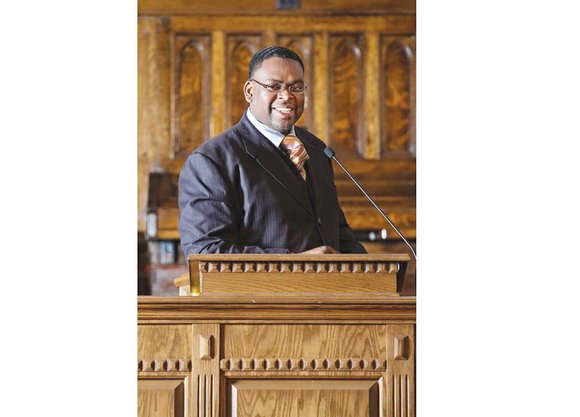 The 38-year-old Miami native has been called to lead a far larger church, the 4,000-member Greenforest Community Baptist Church in Decatur, Ga., about eight miles northeast of Atlanta.

Selected from 400 applicants, Dr. Berry confirmed he will assume leadership of the megachurch that sprawls over a 94-acre campus and operates a preschool and K-12 school, multiple ministries, a credit union and various athletic programs for youths and adults.

He preached his final sermon at Fourth Baptist on Sunday and will officially start at Greenforest Community Baptist the first week of October.

He said his first sermon actually will be this Sunday, Sept. 4, after fulfilling a request to officiate at a wedding there.

While Dr. Berry is excited about his new post, he said his departure is “bittersweet,” given the “great relationships that I have developed in Richmond.”

Described as a “servant leader,” Dr. Berry said Greenforest hopes he will replicate the community outreach approach he promoted at Fourth Baptist, where he sought to create a church “that is relevant” and “engaged in doing the heavy lifting in the community.”

That approach is reflected in Fourth Baptist’s 30 ministries that focus on community service.

On his watch, the 157-year-old, predominantly African-American church at 2800 P St. began an after-school tutoring program for underachieving students at George Mason Elementary School in partnership with Richmond Public Schools and the Richmond Police Department.

The church also operates clothing and food pantries called the “Resource Center” in partnership with the Richmond Department of Social Services and provides the homeless a place to sleep as a host site for CARITAS, the area’s largest homeless service provider.

He also created an ecumenical partnership with suburban, predominantly white St. Michael’s Episcopal Church and swapped pulpits with the pastor.

During his tenure, the church continued its tradition of operating Boy Scouts and Girl Scouts troops.

Along with leading the church, he also gained attention for authoring the book “Marriage that Matters,” helping to found and lead the Virginia Alliance Against Mass Incarceration to promote criminal justice reform and being active in the Baptist General Convention of Virginia.

Along with backing the Black Lives Matter movement, he also sought to improve ties with city police, creating a Blue Lives Matter program in the spring to celebrate the work of law enforcement officers.

A graduate of the University of Florida, Dr. Berry entered the ministry after earning a master’s of divinity at Emory University’s Candler School of Theology. He earned his doctorate of ministry in 2014 at Virginia Union University.

He began is career as a youth and young adult pastor at First Baptist Church in Lithonia, Ga.

He was serving as director of Christian education at Sweet Home Missionary Baptist Church in Miami when a former member of Fourth Baptist encouraged him to apply to fill the pastoral vacancy at the Richmond church. The previous pastor, the Rev. Michael Jones, resigned to start his own church, Village of Faith Ministries, and Fourth Baptist was searching for a new pastor.

Dr. Berry is married to Dr. Julie A. Berry, who has been a teacher at the Academy at Virginia Randolph in Henrico County. The couple has two children, Emory Berry III, 9, and Jaiden Berry, 4.