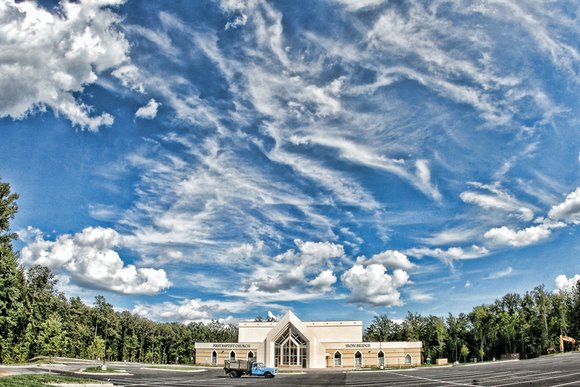 First Baptist Church of South Richmond is close to opening its satellite church in Chesterfield County, a project that has proven a trouble spot for its senior pastor, Richmond Mayor Dwight C. Jones.

After more than 2 ½ years of construction, the 1,400-seat sanctuary in the 6200 block of Iron Bridge Road is expected to be ready for its first service Sunday, Sept. 25, church officials said Monday.

The church’s website indicates the new sanctuary would serve as the site for the 9:15 a.m. service now held at Chesterfield County high school.

One of the oldest African-American churches in Richmond, First Baptist of South Richmond will continue to hold two Sunday services at 8 and 11 a.m. at its 1501 Decatur St. site.

Work began in early 2014 on the new satellite building. Chesterfield County records indicate the church has spent about $6 million to develop the building on 23 acres.

Dr. Derik E. Jones, a Richmond School Board member, the mayor’s son and the full-time pastor of the church, has declined to comment on the status of the suburban sanctuary. 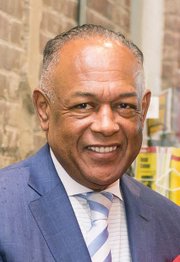 Meanwhile, an investigation continues into whether any resources of the City of Richmond were steered into the construction of the church. Mayor Jones has dismissed as false an allegation at the heart of the probe that he might have used his city position to benefit the church.

The issue arose after City Auditor Umesh Dalal reported in January that Emmanuel Adediran, the city’s director of public works and an associate pastor at First Baptist Church, had served as project manager on the new church building for 18 months and had conducted some work for the church on city time.

Mayor Jones required Mr. Adediran to surrender about 38 hours of vacation leave to make up for working on the church during city government business hours.

The mayor also called on the State Police to investigate to ensure that no tax dollars were diverted to the church project.

While the investigation has been underway for several months, “it is still too soon to say whether there is any fire behind the smoke,” Mr. Herring said Tuesday.

He said agents from the State Police and FBI are still investigating. Mr. Herring said he expects that it will take two to three more months to interview potential witnesses.

Mr. Herring said he does not expect the probe to be finished before the Nov. 8 general election. His goal, he said, is to wrap up the investigation before Mayor Jones’ second term ends Dec. 31 and the new mayor takes office Jan. 1.

When the probe is done, Mr. Herring said he would decide whether there is sufficient evidence to seek an indictment.

Regardless of the outcome, Mr. Herring said he plans to

issue an in-depth report that “would provide guidance to the new administration.”