Photographer Louis Draper’s work to be preserved by VMFA 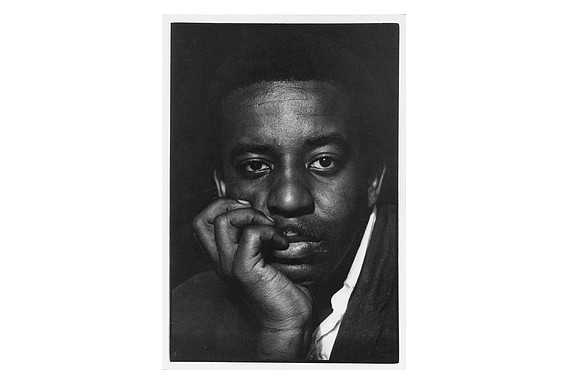 “Lou Draper #3,” taken by Anthony Barboza in the 1970s, brings a young Louis Draper from behind the camera.

The work of photographer Louis Draper, a Henrico County native who moved to New York City in 1957 to explore his passion, is internationally regarded for documenting the everyday lives of African-Americans and notable leaders of the Civil Rights Movement.

The Virginia Museum of Fine Arts acquired Mr. Draper’s archive of photographs, negatives and other materials in December 2015, the largest special collection ever purchased by the museum, VMFA officials said.

Now the collection will be digitized by the museum, thanks to a $173,833 grant to the VMFA awarded by the National Endowment for the Humanities.

“With the NEH grant, we can digitize (Mr. Draper’s) work to preserve it and put it online” for public access, said Sarah Eckhardt, the VMFA’s associate curator of modern and contemporary art.

The project will begin July 1. 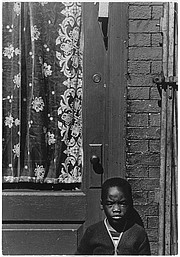 Mr. Draper’s “Boy with lace curtain” is part of the VMFA archive collection of Mr. Draper’s work, the largest special collection ever acquired by the museum.

“It is rare for a museum to have such a comprehensive archive that tells the complete story of an artist and illustrates his relevance in so many different contexts,” said Paula Saylor-Robinson, director of audience development and community engagement for the museum.

“This is a critical conservation effort, as this archive represents the entire story of a photographer who … presented a perspective of African-American life that wasn’t found in media in the 1960s and 1970s.”

According to the museum’s plans, Ms. Eckhardt will curate an exhibition in January 2020 that will include Mr. Draper’s photographs and works of other photographers who participated in the early years of the Kamoinge Workshop that Mr. Draper helped establish in New York in 1963. It was a collective of African-American photographers who gathered to participate in exhibits, operate a gallery and publish their work. The organization remains active today.

Ms. Eckhardt said the goal is to have Mr. Draper’s digitized archive online when the exhibition opens. When completed, the archive will be available though a custom portal on the website of the VMFA.

Mr. Draper grew up in Henrico County and graduated from Virginia Randolph School. His father was an amateur photographer who took photos of many of the children in the neighborhood.

While attending Virginia State University, Mr. Draper joined the Camera Club, although he had no previous interest in photography, according to his sister, Nell Draper Winston.

What changed his mind was a book of photos in his dormitory, “The Family Man,” that captured his attention.

He left Virginia State for New York City at age 22. At one point, he lived in a brownstone owned by poet and author Langston Hughes.

He took classes at New York University’s Institute of Film and Television as well as the New School for Social Research, where he studied with the influential photographer Eugene Smith. He also established relationships with several major African-American literary and artistic leaders.

With the Kamoinge Workshop, he helped organize shows in the group’s gallery as well as exhibitions at the Studio Museum in Harlem and New York’s International Center for Photography.

Mr. Draper’s sister approached the museum in 2012 when her brother’s work was temporarily housed at the University of Virginia, but needed a permanent home. The following year, the museum purchased 10 of his works and Ms. Winston gifted three more pieces. The museum purchased the entire archive two years later.

“I thought his work was incredible, but (everyone at) VMFA was in agreement that this body of work was of national and local importance and wanted to be able to tell this story,” Ms. Eckhardt said.

While his work focuses on the everyday lives of African- Americans, he also photographed historic icons such as Malcolm X, Fannie Lou Hamer and former First Lady Jacqueline Kennedy Onassis.

The grant to the VMFA is from the NEH’s Humanities Collections and Reference Resources program and is one of only 39 awarded out of 224 applicants.