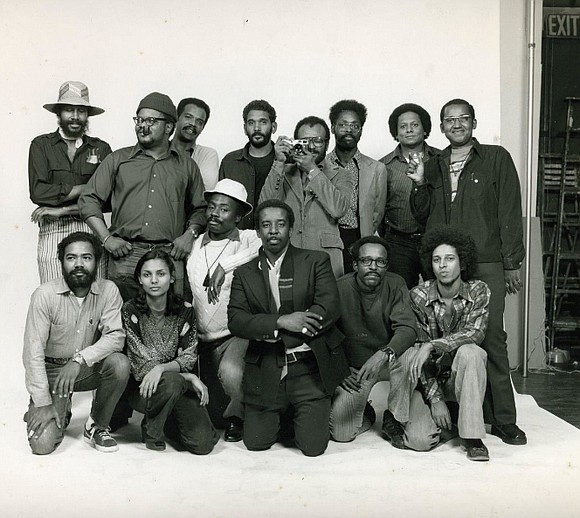 A new exhibit focusing on the photography of late Henrico County native Louis Draper and other photographers he worked with in New York will open Saturday, Feb. 1, at the Virginia Museum of Fine Arts, 200 N. Arthur Ashe Blvd.

The museum describes the exhibit, “Working Together,” as the “first comprehensive exhibition to tell the remarkable story” of Mr. Draper and the still-active Kamoinge Workshop he helped found in 1963 during the Civil Rights Movement.

“We saw ourselves as a group who were trying to nurture each other,” Mr. Draper wrote before his death in 2002. “We had no outlets. The magazines would not support our work. We wanted to encourage each other ... to give each other feedback. We tried to be a force, especially for young people.”

Dr. Sarah Eckhardt, VMFA curator of the exhibition, stated that the archive of Mr. Draper’s work inspired this effort to chronicle the first 20 years of the workshop.

Kamoinge comes from the language of the Kikuyu people of Kenya and means “collective” or “a group of people working and acting together.”

The show has been in the works since the museum acquired the archive of 50,000 photographs, negatives and other items from Mr. Draper’s sister, Nell Draper-Winston, in 2015.

The exhibition, which will run through June 14 and then travel to New York, features 180 photographs from Mr. Draper and 14 other early members of the Kamoinge Workshop.

The show is accompanied by a 304-page catalogue created by Dr. Eckhardt.

A separate display of photographs from the workshop is to go on view Saturday, Feb. 22, at the Walton Gallery in Petersburg. Titled “The Kamoinge Workshop: Masters of the Lens,” that complementary show is to run two months in concert with the VMFA display.

The Kamoinge Workshop has attracted more attention since the group published its first retrospective, “Kamoinge: Timeless,” four years ago.

“Kamoinge photographers have never followed the trends, but nonetheless we have been moved by what is around us,” photographer Anthony Barboza, the workshop’s president since 2004, wrote in the introduction.

“As artists,” he continued, “we are moved by all that happens every day; artists are sponges that absorb the feelings of the self and the world and reflect back what we see. Within each photograph is what the artist has lived, and you see the individual’s truth that has been breathed into the art form.”

Mr. Draper left Virginia State College, now University, in 1957 for New York at age 22. At one point, he lived in a brownstone owned by poet and author Langston Hughes.

He took classes at New York University’s Institute of Film and Television, as well as the New School for Social Research, where he studied with the influential photographer Eugene Smith. He also established relationships with several major African-American literary and artistic leaders.

With the Kamoinge Workshop, he helped organize shows in the group’s gallery as well as exhibitions at the Studio Museum in Harlem and New York’s International Center for Photography.