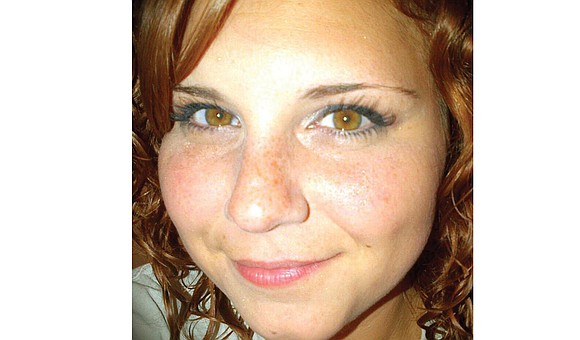 Heather Heyer, 32, has been called a “focal point for change.”

A passionate advocate for the disenfranchised, the paralegal often would cry at her job with the Miller Law Group in Charlottesville when she saw cases of injustice.

Her sense of justice and convictions led her to join counterprotesters Saturday in Charlottesville to send a message to neo-Nazis, Ku Klux Klan sympathizers and the alt-right that people abhor their views.

But a man photographed with an alt-right group at the “Unite the Right” rally allegedly later got behind the wheel of a gray Dodge Challenger and sped into a large crowd of counterprotesters at Water and 4th streets in Charlottesville’s downtown. He crashed into the crowd, sending people flying into the air and to the pavement. The driver rear-ended another car, then backed up, striking more people, before fleeing. He later was caught by police and arrested.

In the end, Ms. Heyer was killed and 19 others were injured in the violent scene that was captured on video by others in the crowd. Five people admitted to the University of Virginia Medical Center are in critical condition.

Ms. Heyer is being hailed as a martyr in the battle against white supremacists and other racist groups who want to return the country to a past of hatred and discrimination against African-Americans, Jews, Muslims, immigrants and people of color.

Candles and flowers still adorn a part of the street where a vigil was held in her memory on Sunday.

“She always had a very strong sense of right and wrong,” Ms. Heyer’s mother, Susan Bro, told reporters on Sunday, tears falling as she smiled. “She always, even as a child, was very caught up in what she believed to be fair.

“Somehow, I almost feel that this is what she was born to be — a focal point for change. I’m proud that what she was doing was peaceful. She wasn’t there fighting with people.”

Alfred A. Wilson, manager of the bankruptcy division at the Miller Law Group, hired Ms. Heyer.

“Heather was a very strong woman and stood up to any type of discrimination,” he said. “She made it known that she was all about equality.”

At a memorial service Wednesday at the packed 1,000-seat Paramount Theater in Charlottesville, mourners were given purple shirts, Ms. Heyer’s favorite color and a symbol of openness, her father, Mark Heyer said.

A quote Ms. Heyer had posted on Facebook was displayed on a purple background: “If you’re not outraged, you’re not paying attention.”

Her mother made that a call to action to the crowd that included Gov. Terry McAuliffe and U.S. Sen. Tim Kaine, who joined the family and other relatives paying tribute to Ms. Heyer.

“They tried to kill my child to shut her up. Well, guess what? You just magnified her,” Ms. Bro told the crowd to loud applause.