Recognizing problem is Rx for change 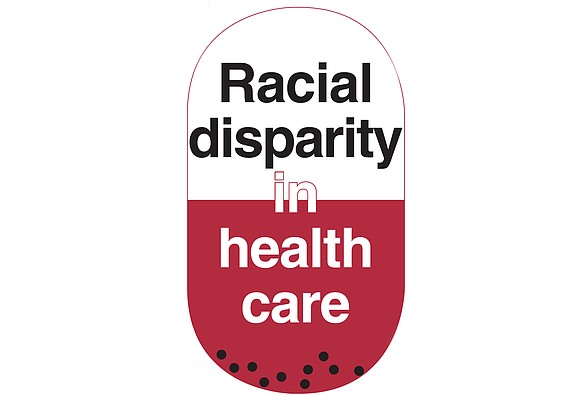 The headlines about health problems plaguing the African-American community are frequent and alarming. From diabetes to hypertension and heart disease, to asthma and certain types of cancer, the statistics are clear: Black people suffer from a multitude of chronic health conditions and at a rate higher than other racial and ethnic groups.

Further, not only are these potentially fatal diseases more prevalent in the African-American community, studies suggest that the health care African-Americans receive to treat these conditions is unequal to that of others.

Questions as to why such health disparities, inequalities and gaps in treatment occur are critical, and ones that health care professionals, researchers and the community at large are struggling to understand and mitigate in Richmond and across the nation.

“Disparities in health and health care access exist in Virginia,” reported the Kaiser Family Foundation, noting that “measures of health status and access to and utilization of health care services in Virginia vary by race/ethnicity.”

“The mortality rates due to heart disease, cancer and diabetes are higher for blacks in Virginia than whites,” the foundation found.

In Richmond, a 2016 study by Virginia Commonwealth University’s Center on Society and Health found that “African-Americans from the East End show greater risk of developing several preventable diseases, including high blood pressure, cardiovascular disease and diabetes, and also exhibit higher rates of obesity and smoking and lower access to health coverage and health services.“

Across the city, the report continues, “Death rates from heart disease and diabetes exceed the state average.”

Diet, environment and lifestyle account for some of these disorders, according to doctors. Other diseases, such as sickle cell anemia, are ones for which black people show a greater propensity genetically.

No matter the factor, studies show African-Americans receive less than ideal, or even substandard, care when they are ill.

“With all socioeconomic factors being equal, the patient of color is still getting lower quality health care than their white counterparts,” said Dr. William Young, an internal medicine physician practicing in Richmond.

“Skin color remains the main factor limiting access to quality health care. No amount of wealth or status mitigates against this trend.”

“There is injustice and inequity in America, so of course that impacts our health care,” said Dr. Samuel Hunter, a pathologist at Bon Secours Richmond Community Hospital and president of the Richmond Medical Society, an association of black physicians.