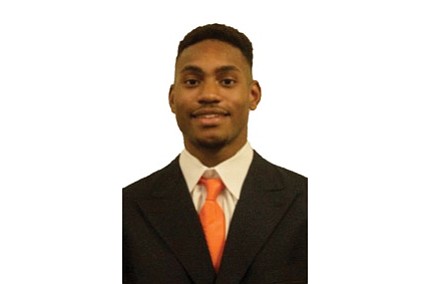 Trenton Cannon is vying for at least one more honor before the book is closed on his college football career.

The Virginia State University senior running back is a finalist for the Black College Football Player of the Year Award that is presented to the top performer in an HBCU program.

The award winner will be announced Feb. 10 in Atlanta as part of the Black College Football Hall of Fame ceremonies.

The winner will receive the Deacon Jones Trophy. Before going on to a Hall of Fame career in the NFL, Jones played for South Carolina State University and Mississippi Valley State University.

Cannon also was the recipient of the Willie Lanier Award as Virginia’s top small college performer. The honor was announced last week by the Richmond Touchdown Club.

The Lanier Award is named after the Richmond native who was a football standout at Maggie L. Walker High School and Morgan State University and went on to play with the NFL’s Kansas City Chiefs.

Cannon, known as “Boom,” capped a brilliant run at VSU by leading the CIAA in rushing (1,638 yards) and finishing second with 22 touchdowns.

He was All-CIAA and Offensive Player of the Year after pacing Coach Reggie Barlow’s Trojans to a 10-1 record, the CIAA title and a bid to the NCAA Division II playoffs.

Cannon, a Hampton native who transferred as a sophomore to VSU from Shepherd University in West Virginia, also was a preliminary candidate for the Harlan Hill Trophy, which is given to the top player in NCAA Division II.