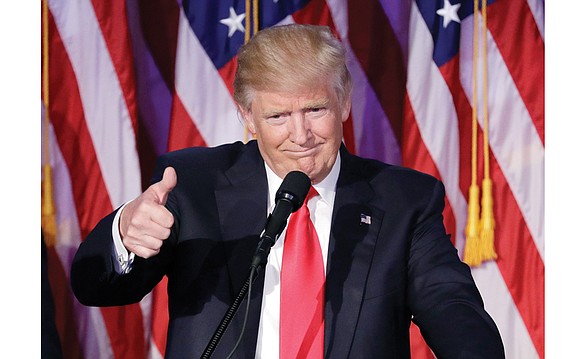 Declaring that religious freedom is “under threat,” President Trump vowed to repeal a rarely enforced IRS rule that says pastors who endorse candidates from the pulpit risk losing their tax-exempt status.

“I will get rid of and totally destroy the Johnson Amendment and allow our representatives of faith to speak freely and without fear of retribution,” President Trump said at the National Prayer Breakfast, a high-profile event earlier this month that brought together faith leaders, politicians and dignitaries.

President Trump’s pledge was a nod to his evangelical Christian supporters, who helped power his White House win. So far, he has not detailed his plans for doing away with the rule, which he previously promised to rescind.

Named after then-Sen. Lyndon B. Johnson, the regulation has been in place since 1954 for tax-exempt charities, including churches, though it is very rare for a church to actually be penalized.

Abolishing the amendment would require action by Congress, although President Trump could direct the IRS to disregard the rule. The tax code does allow a wide range of political activity by houses of worship, including speaking out on social issues and organizing congregants to vote. But churches cannot endorse a candidate or engage in partisan advocacy.

Lloyd Mayer, a law professor at the University of Notre Dame, said an IRS move could prompt lawsuits if the rule is repealed for churches but not other charities.

Mr. Mayer also noted that a full repeal of the rule could open up churches to the possibility of spending their resources to openly try to influence elections — and for donors to get tax breaks for political contributions.

While some conservative Christians would like to see the rule abolished, others, especially the younger generation, support a clear separation of church and political endorsements. Many liberal churches also are active on policy issues and could potentially get more involved in partisan politics.

Mr. Mayer noted that for some religious leaders, the IRS rule has given them a way to avoid political pressure for an endorsement.

“Now a church that wants to say no has an easy answer — it’s illegal,” Mr. Mayer said.

Repeal does not appear to have widespread public support. In a poll released last September by Lifeway Research, a religious survey firm based in Nashville, Tenn., eight in 10 Americans said it is inappropriate for pastors to endorse a candidate in church.

For many religious conservatives, a more pressing issue they hope he will address is protection for faith-based charities, schools and ministries who object to same-sex marriage and abortion.

The president made no mention at the prayer breakfast of other steps he may take, saying only that religious freedom is a “sacred right.”

Kelly Shackelford, head of First Liberty Institute, a nonprofit legal group that specializes in religious freedom cases, said, “There are a number of things he laid out that we expect we’ll eventually see action on.”

President Trump also defended his recent executive order on immigration, decrying “generous” immigration policies and arguing that there are people who seek to enter the country “for the purpose of spreading violence or oppressing other people based upon their faith.”