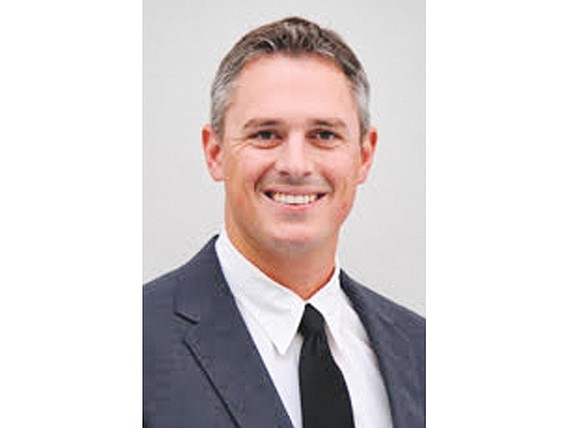 The love of baseball was almost inevitable for Shawn Stiffler, head baseball coach at Virginia Commonwealth University for the past five years.

His grandfather, Tom Qualters, a Major League Baseball pitcher for the Philadelphia Phillies and Chicago White Sox, cultivated his passion for the game. His grandfather also helped carve his career path to becoming a baseball coach and mentor to players.

For his positive impact on the game of baseball in Metro Richmond, the 37-year-old coach will be honored with the 2017 Paul Keyes Richmond Baseball Impact (RBI) Award.

It will be presented by the Richmond Flying Squirrels on Thursday, Feb. 2, during the Flying Squirrels’ Hot Stove Banquet charity event at the Siegel Center. San Francisco Giants Manager Bruce Bochy will be the keynote speaker.

“I’m not quite sure I’ve done enough to live up to his legacy,” Coach Stiffler says, speaking of his former boss and mentor for whom the award is named. “But I’m deeply moved and honored.”

Mr. Keyes served as VCU’s head baseball coach for 18 years until his death from cancer in November 2012 at age 50. As coach, the Newport News native won a record 603 games, had 12 consecutive winning seasons and led the VCU Rams to five Colonial Athletic Association titles.

Coach Stiffler worked under Mr. Keyes for six seasons as the pitching coach and recruiting coordinator for the team. He stepped into the role of head coach for VCU when Mr. Keyes died.

“Coach Keyes was my main influence once I became a coach,” he says. “He was a good and encouraging mentor, and to be honored in his name is just humbling.”

Mr. Stiffler began sports playing Wiffle ball as a youngster. He went on to play youth football, baseball, basketball and soccer. Around age 9 or 10, he says his interest in baseball began to grow.

After playing for his high school and college baseball teams, he decided on coaching as a career. In his 10 years at VCU, he has coached 29 MLB draft picks.

Baseball, he notes, is a great metaphor for life. He uses principles of the game to teach his players principles such as focusing on a common goal, supporting and contributing to one another’s success and keeping the big picture in mind. “If you get caught up in just outcomes (such as batting averages), the game will beat you down,” he says. ”You have to continue to work, continue to drive and develop.”

While Coach Stiffler’s team learns lessons from him, a major life lesson arrived for him about six weeks ago, when his daughter, Penn, was born with a congenital heart defect. For the first four weeks of her life, her home was the intensive care unit at the University of Virginia Hospital in Charlottesville. She has been home in Richmond for two weeks, he says. Through struggle in watching the newest addition to his family fight for her life, Coach Stiffler maintains his commitment to gratitude and positivity.

“I believe my daughter was born to me for a reason, and that we are lucky she was born to us, and I’m sure she will change our lives for the better more than anything else.”