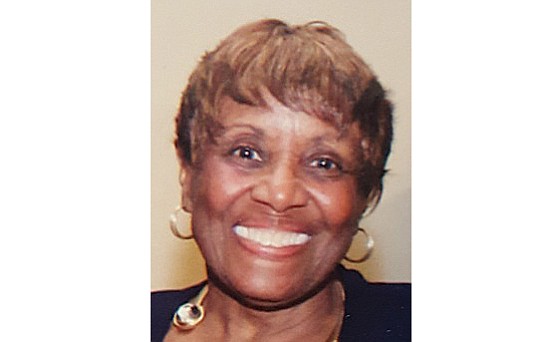 Margaret Poindexter Howlette mothered thousands of Richmond children, although she never had any of her own.

For 55 years, Mrs. Howlette dedicated herself to the elementary students she came in contact with, first as a teacher for 29 years and then as a guidance counselor for another 26 years.

Among other contributions, she established the “Reading Clinic” and the “Follow Through” program in Richmond Public Schools, her family said.

Admirers recall her dedication to children during her tenure at Carver and three former elementary schools, Baker, Clark Springs and Fairmount, before her retirement in 2014.

“She looked out for the children as if they were her own,” said minister and community activist Rosa Jiggetts, one of those admirers. “When a parent came to me with a problem involving their child, I would call her because she knew how to straighten things out quickly. Her retirement was a real loss for the kids.”

Along with children, her other great passion involved the improvement of the Jackson Ward community where she lived much of her life.

She was a full partner with her husband, optometrist M. Philmore Howlette, in activities to benefit Jackson Ward prior to his death in 1998, and she continued her involvement in community affairs until her health began to fail.

Her roles in education and civic affairs are being remembered following her death on Thursday, July 6, 2017, following a long illness. She was 79.

Final tributes will be paid to Mrs. Howlette at 11 a.m. Friday, July 14, at the church where she was a founding member, Garland Avenue Baptist, 2700 Garland Ave. in North Side.

The pastor, Dr. Jeffery O. Smith, is to officiate. She is to be buried in Oakwood Cemetery following the service.

Born in Richmond, Mrs. Howlette began her career in education following her graduation from Virginia Union University in 1959. She also met her future husband that year, although they did not wed until six years later.

In 1988, she began working as an elementary guidance counselor in Richmond after earning her master’s in the field from Virginia State University.

Her family said she loved her hometown so much that she refused to ever drive on Interstate 295 because the road bypasses the city, and “why,” she would say, “would anyone want to do that.”

She served on Garland Avenue Baptist’s Board of Trustees and sang in the choir.

She also was a member of the Richmond Alumnae Chapter of Delta Sigma Theta Sorority and its singing group, The Delta Pearls.

She was active in the Gnihton Social Club and the Richmond Chapter of Chums Inc.

Mrs. Howlette had no immediate survivors. The family requests that memorial contributions be made in her name to the Virginia Union University Scholarship Fund, 1500 N. Lombardy St., Richmond, Va. 23220.