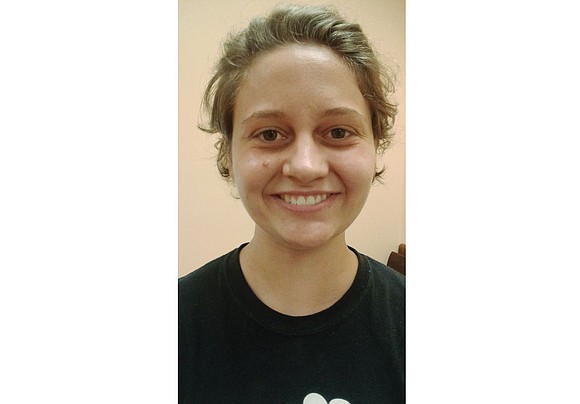 Dozens of middle school girls from across the Richmond area will troop into Virginia Commonwealth University’s daVinci Center for Innovation on Friday, July 21.

The group will be taking part in the second annual Full STEAM Ahead, an all-day conference aimed at inspiring them to consider careers in science, technology, engineering, architecture and math in combination with art.

Each of the more than 100 girls will have a choice of several of the 35 workshops and learning activities ranging from creating a video game to recording a radio spot and exploring how to build a computer.

Other workshops will offer insight into the world of architecture, water’s links to science, creating technology that is people-friendly and topics often linked with the arts.

The mastermind and chief organizer behind the conference is an artist with a penchant for science, Della Sigrest.

The 23-year-old VCU graduate in communication arts, graphic design and marketing wants to get girls involved in the STEAM, more commonly known as STEM, fields.

“Job positions in science, technology, engineering and math are growing three times as fast as other fields,” Ms. Sigrest said, but “too many women, for one reason or another, are shying away.”

That needs to change, she said, because “American universities aren’t producing enough graduates to meet demand” for people in the STEAM fields.

Ms. Sigrest said she created the conference to enable middle school girls to envision themselves in those fields.

Now a staff member with the nonprofit CodeVA that seeks to infuse computer science into K-12 classrooms, Ms. Sigrest said she has modeled the conference after “Girls+Science+Math = Success!” that is staged yearly in Prince William County. Ms. Sigrest learned about it when she was asked to be a speaker several years ago.

“It was awesome,” she said. “That conference has been around for 27 years, but I was surprised to find there was nothing like it in Richmond,” Ms. Sigrest said.

Instead of waiting for someone else to plan one, she took on the task herself. She said she quickly learned that it was a lot more work than she expected. But despite the obstacles, she held the first one last summer.

Now more seasoned, she is excited about this second conference.

“Once again, we’ll have wonderful speakers,” she said.

To ensure diversity, she has partnered with others seeking to promote girls’ success, including Angela Patton, founder and leader of the Camp Diva and Girls for a Change programs, and is grateful for area businesses that are providing support.

For Ms. Sigrest, STEAM has always been part of her life. Her parents are engineers and encouraged her and her siblings to immerse themselves in science.

One of her sisters soon will graduate from Massachusetts Institute of Technology and another, 14, won the national Samueli Foundation prize as the top middle-schooler in science in 2016 for her paper on rockets, nozzles and thrusts.

Ms. Sigrest said she plans to continue to stage Full STEAM Ahead.

She understands that a one-day conference can have only so much impact.

Still, she sees it as one way to make a difference.

“The mission is to empower young women to be involved in STEAM,” she said, “and I think this conference is helping to do that.”