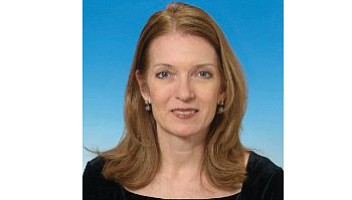 Under threat of losing $4.2 million in yearly federal housing subsidies and facing pressure from Henrico County and 4th District Congressman A. Donald McEachin, PK Management, which operates the 496-unit, Section 8 complex at Pilots Lane and Laburnum Avenue, has begun making improvements to address long-standing health and safety issues, according to the U.S. Department of Housing and Urban Development.

In its first step, the real estate management company has fired the senior manager whom company officials blame for failing to ensure proper upkeep of the aging 36-year-old Essex Village and other deteriorating Section 8 properties the company manages in the Richmond area. They include the 132-unit Woodland Crossing complex, 3459 Walmsley Blvd. on Richmond’s South Side, another troubled complex where tenant complaints have long been ignored.

Seeking to usher in a new era at Essex Village, PK Management has increased the pickup of trash and hired a new exterminator company to address problems with mice, roaches, bedbugs and other pests, said HUD spokeswoman Lisa Wolfe.

Ms. Wolfe said PK Management also has begun employing off-duty Henrico Police officers in rotating shifts to provide coverage 16 hours a day to improve security. The company also has provided a single entry and exit from the complex after dark.

Parking lots also have been resealed and re-striped; playground equipment has been repainted and new additions added; and a new tot lot is being created on an unused basketball court, Ms. Wolfe said.

In addition, PK Management is preparing to spend $500,000 to replace siding on three buildings in July and also has hired a plumbing contractor to determine why raw sewage keeps bubbling onto the complex grounds after heavy rains and to make recommendations to end the problem, Ms. Wolfe said.

PK Management also has inspected all units and is making plans to address deficiencies, with HUD inspectors monitoring the efforts, Ms. Wolfe said.

HUD “takes the issues raised about the complex very seriously,” she said, “and our agency is taking the appropriate steps to ensure families at Essex Village have housing that is decent, safe, sanitary and in good repair.”

She noted that HUD officials have been increasingly concerned, particularly after the complex failed its January inspection. It had come close previously, but never dropped into the red zone of failure before.

State HUD officials first toured the complex March 29 and met with residents, and then began connecting with Henrico County officials who had been pressing HUD since the fall of 2016 to force improvements at Essex Village, deemed the county’s worst complex.

County inspectors had reported 140 violations of the property maintenance code, but reported having trouble getting HUD’s attention until March, when HUD representatives finally met with county officials.

By that time, Deputy County Manager Douglas Middleton was going public with his complaints and Congressmen McEachin was issuing his first statement calling on HUD to step up enforcement. Both appeared to be unaware that HUD gave the complex a failing rating and was demanding that PK Management come up with an improvement plan.