Spotlight on board chair of the Southside Community Development and Housing Corp. 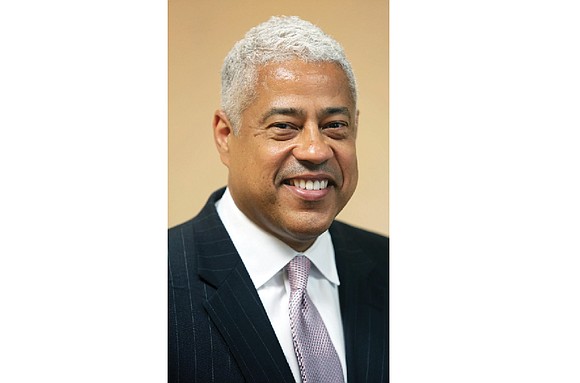 Home ownership, Mr. Wilder notes, is the largest source of household wealth in the United States.

SCDHC, he explains, helps low- and moderate-income individuals and families gain the resources necessary to become self-sufficient. During SCDHC’s 25-year history, the organization has built more than 300 single-family homes throughout Metro Richmond and offered down payment and closing cost assistance.

“Hearing a home buyer talk about the challenges they faced and overcame in order to buy his or her home never gets old,” he says.

As chair of the 10-person board of directors, Mr. Wilder leads a group committed to building sustainable communities in Richmond.

“We are working on building the capacity to do projects requiring additional (cash) reserves, and becoming more organized to cultivate donors,” he says. “My job is to help lead and inspire our board to do that, and it starts with each of us participating.”

At 11:30 a.m. Friday, June 9, SCDHC will hold a ceremony breaking ground for its newest project — Matthews at Chestnut Hill, a 32-home development in the historic Chestnut Hill district of Highland Park. The ceremony will be held at 1121 Daniel St.

The 3.5-acre site in the predominantly African-American neighborhood was once home to dilapidated multifamily rental units that have been demolished. The $7.4 million project is being funded in part with a $1.4 million federal loan from the U.S. Department of Housing and Urban Development and money from the City of Richmond, a Community Development Block Grant and Housing Opportunities Made Equal.

The new homes will include 16 duplexes. All the homes are to be sold to individuals and families with incomes at or below 80 percent of the areas’s median income.

“Highland Park is on the uptick,” Mr. Wilder says. “You’re not going to always be able to find the most pristine locations, but trying to get areas that are affordable and on the uptick is key to redevelopment,” he says.

The impact of the housing crisis that arose in 2008 and 2009, and the recession that followed, continue to plague African-American families and their access to loans for affordable home ownership.

SCDHC is working to overcome this incredible challenge, Mr. Wilder says. It all begins with finding new approaches to funding.