VCU falls in first round of NCAA Tournament 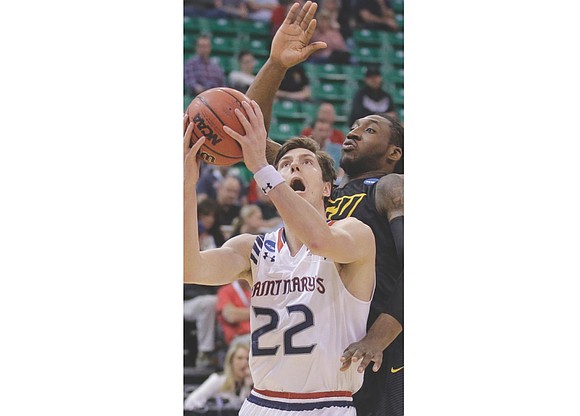 What goes up doesn’t necessarily have to come down — or so it seems with Virginia Commonwealth University hoops.

The Rams are enjoying the rarified air above the crowd and show no inclination of descending.

Despite its early exit from the NCAA Tournament with a 85-77 loss to St. Mary’s College of California on March 16 in Utah, VCU has established itself as a resilient, long-term winner.

The Rams have been to seven straight NCAA Tournaments. Only three schools have longer streaks.

The Rams also have won at least 24 games in each of the past 11 consecutive years under three coaches, Anthony Grant, Shaka Smart and Will Wade.

This year’s team loses five seniors: All-Atlantic 10 JeQuan Lewis, A-10 All-Defensive ace Mo Alie-Cox, Jordan Burgess, Dave Brooks and Torey Burston. Still, no decline in play is expected next season. In fact, the consensus among Rams fans is that the 2017-18 squad actually may be more talented, albeit younger.

Also expected back as a graduate is 6-foot-9 Egyptian Ahmed Hamdy-Mohamed, who peaked toward the end of this season.

Then there’s an incoming recruiting class ranked 21st by ESPN, and 6-foot-6 Issac Vann, who sat out this season after leading Maine in scoring in 2015-16. Also looming is the possible addition of a graduate transfer from another school.

All said, VCU has built one of the nation’s top programs — along with Gonzaga, Butler, Xavier and Wichita State — among schools unaffiliated with Power 5 conferences.

With so much achieved, the Rams are enjoying the view from the top.

Wahoos/Longhorns on the menu: The University of Virginia is coming to the Siegel Center on Nov. 17 and the University of Texas, led by Coach Smart, also is expected, with details to come.

Aloha: The Rams will play three games in the high-powered Maui Invitational Nov. 20 through 22, in Hawaii. Other entries are Marquette, Michigan, Notre Dame, Wichita, California, LSU and host Chaminade. Pairings have not been disclosed for the ESPN televised event.