Rick Mahorn to be inducted into Va. Sports Hall of Fame 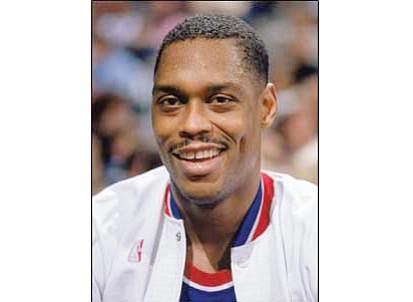 Induction ceremonies will be April 7 at the Sandler Center for Performing Arts in Virginia Beach.

The 6-foot-10 Mahorn, a native of Connecticut, starred for Hampton University under Coach Hank Ford from 1976 to 1980. He scored more than 2,000 career points and was CIAA Player of the Year as a senior.

He was drafted by the Washington Bullets in the second round of the 1980 draft and played in the NBA for 19 years, including for the Detroit Pistons, the New Jersey Nets and the Philadelphia 76ers. In 1989, he was a key component as the Detroit Pistons, nicknamed the “Bad Boys,” won the NBA title.

The bruising inside performer averaged 6.9 points and 6.2 rebounds during his NBA career spanning 1,117 games.

Mahorn later coached in the WNBA and currently is a Detroit Pistons radio announcer.