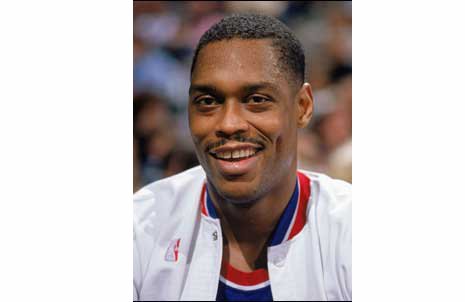 He was a bruising ringleader for the 1989 NBA champion Detroit Pistons, aka the “Motor City Bad Boys.”

Mahorn also played professionally for Washington, Philadelphia and the New York Nets and for Roma of the Italian League. For his NBA career, he scored 7,763 points, grabbed 6,957 rebounds and blocked 1,007 shots.

Hank Foiles: From Granby High School in Norfolk. He played seven seasons of big league baseball and was a National League All-Star with Pittsburgh in 1957.

D.J. Dozier: From Kempsville High School in Virginia Beach. He was among a few players to double as a pro football and baseball athlete. He played five seasons in the NFL and one baseball season with the Mets.

Angela Hucles: From Norfolk Academy. She became an All-ACC soccer player at University of Virginia and later played on the U.S. National Soccer Team

Sonny Allen: He coached Old Dominion University basketball from 1965 to 1975, earning a 181-94 record. His team won the NCAA Division II title in 1975. He signed the Monarchs’ first black player, Arthur “Buttons” Speakes, in 1965.

Andrew Heidelberg: From Norview High School in Norfolk. In 1961, he became the first black athlete to play football for a majority white public school. He helped Norview win the Eastern District championship.