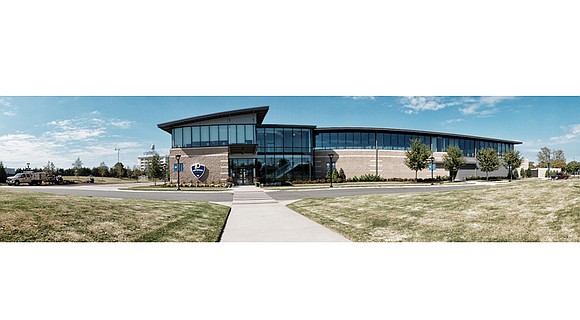 After five football seasons, the Washington pro football team’s training camp at 2401 W. Leigh St. apparently is failing to generate enough income to pay off the cost of its construction.

City Hall is now considering a plan to refinance $9 million that is still owed on the facility so the debt can finally be paid down over time with taxpayer dollars, the Free Press has learned.

The debt problem showed up in the latest monthly financial report that Mayor Levar M. Stoney’s administration provided to City Council this week. The report shows the city’s debt on the training camp remains unchanged at $9 million.

While the city’s Economic Development Authority (EDA), which owns and manages the building and the camp, was supposed to provide $500,000 a year to pay down the debt, city Finance Director John B. Wack has disclosed that the city has received only two previous EDA payments in 2015 and 2016 and none for this year.

Mr. Wack noted that the general fund has been used to pay about $362,000 a year to cover interest costs on the building, continuing a practice that has been in place since the camp opened in 2013 as a combination training center for the football team and a medical building for hospital giant Bon Secours, which contributed to its construction.

The hospital and health system agreed to provide $6 million spread over a series of years to gain naming rights and space for medical offices. Bon Secours has been making its payments to the EDA, according to city records.

City Councilman Parker C. Agelasto is concerned about the city being on the hook for the debt on the building that was supposed to pay for itself. The city borrowed $10 million to build it, Mr. Wack noted.

Mr. Agelasto has repeatedly asked the administration for reports comparing the income and expenditures on the building to the financial projections that were used to sell the project to the council.

“So far, I have not been able to get that information,” the frustrated 5th District councilman said Tuesday.

Mr. Agelasto suggested that the administration is hiding the reality that the training camp has become a “white elephant” for city taxpayers, or in other words, a drain on city resources.

Earlier this year, Mayor Stoney said he was seeking to renegotiate the deal that his predecessor, Dwight C. Jones, made with the football team and that the council ultimately approved. The team is contractually obligated to hold training camps in the summer for at least eight seasons, but could extend.

While talks are continuing, Mr. Wack has indicated that the city wants permission to refinance the debt, according to internal city emails obtained by the Free Press.

“We’re going to be stuck with the building for 15 more years?” Mr. Agelasto said. “We’d be better off selling it to the state and getting it off our books.” The city, through the EDA, owns the building, but the state still owns the Leigh Street land on which it sits.