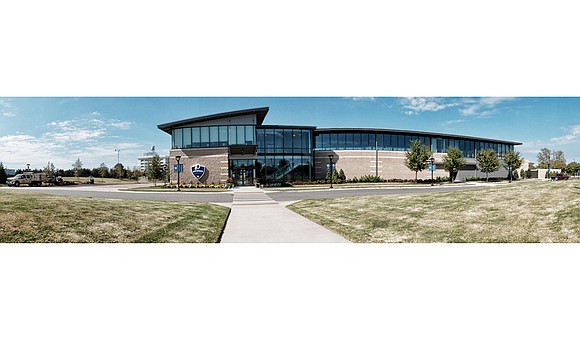 Those were among the shaky financial footings on which the Leigh Street training camp for the Washington NFL team was built, according a new report from the office of City Auditor Louis G. Lassiter.

And six football seasons after the training camp opened, the financial results have unsurprisingly failed to live up to the financial expectations that former Mayor Dwight C. Jones and his staff used to sell the development and associated projects to Richmond City Council and the public, the 23-page report found.

According to the report issued May 15, the camp, which includes the building at 2401 W. Leigh St. that is leased most of the year for medical office space, has generated $4 million to $7 million less total income than forecasts anticipated.

Among the problems: Major elements of the three-part development have yet to be accomplished, including the renovation of the former Westhampton School building in the West End and the construction of a new medical office building in the East End near Bon Secours Richmond Community Hospital.

In addition, the second floor of the Leigh Street training camp building has never been fully leased, resulting in far less rental income than originally projected.

Those are some of the reasons, the report found, that the training camp development has generated only $1.5 million to repay the $10 million the city invested to build the camp in a partnership with Bon Secours.

Bon Secours contributed about $3.3 million to gain naming rights to the training camp, but that money largely ended up being absorbed by the building rather than being used to repay a portion of the city’s investment.

The report found another reason for the repayment shortfall is the more than $1 million that the city’s Economic Development Authority has paid to the football team since 2014 as an inducement to come to Richmond, an expense that was not anticipated in the 2012 financial forecasts.

The EDA and the city agreed to the inducement payments after City Council turned the project’s ownership and management over to the EDA as Mayor Jones requested.

The report has been released at a time when current Mayor Levar M. Stoney and the team are discussing a possible extension of the team’s use of the camp for summer training. The team’s eight-year agreement is set to expire after the 2020 training camp, and a new agreement is supposed to be in place between the EDA and the team by July 1 if the relationship is to continue.

Mayor Stoney has indicated he would like to extend the team’s use of the camp, but on better terms, including ending any requirement for the city or EDA to pay the team for training in Richmond.

City Council called on the auditor to conduct the study of finances after council members reluctantly voted in early March to allow the city to refinance the remaining $8.5 million debt on the camp so it could be paid off over 15 years. The EDA indicated that it could not guarantee the debt would be covered by the camp’s income.