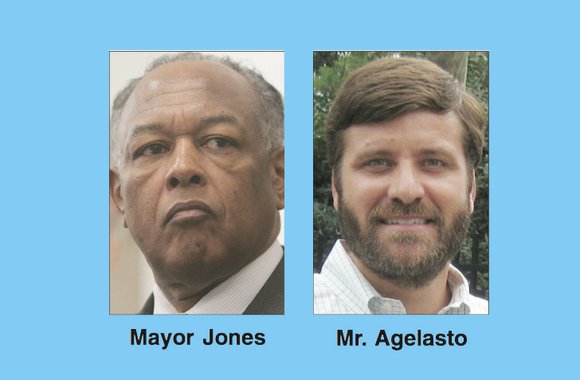 Richmond has yet to receive a big chunk of the promised payoff from the much touted economic deal that resulted in Washington’s pro football team holding its summer training camp in the city, according to a Richmond City Council member.

City Councilman Parker C. Agelasto, 5th District, said he believes the deal has generated at least $1 million less in property taxes than Mayor Dwight C. Jones and his staff projected would be received when it sold City Council on the deal in 2012.

That $1 million represents 25 percent of the $4 million the city projected it would receive through 2023 from new business and property tax revenue from properties associated with the deal.

In turn, less money than expected is being steered to Richmond Public Schools, which the council insisted was to get the lion’s share of new tax revenue flowing from the training camp and other elements of the project.

In 2012, under an agreement that City Councilman Chris A. Hilbert, 3rd District, brokered with the Jones administration and which passed council as a resolution, the school system was to realize more than $555,000 a year from the deal, with about $320,000 going to meet school repair needs and the rest going for school programs.

The funding was based on projections the Jones administration provided to the council on the revenue anticipated to be generated by the entire deal.

City records indicate the school system has gained $100,000 a year in separate annual payments for three years from the nonprofit Bon Secours Health System, the city’s main partner in the creation of the training camp on West Leigh Street.

One big reason the revenues have fallen short, Mr. Agelasto noted, is that major elements of the deal have yet to materialize.

Notably, Bon Secours has yet to invest $24 million to redevelop the Westhampton School, former home of Richmond Community High School, into a college of nursing and imaging school.

Separately, Bon Secours has yet to build an $8.5 million medical office building associated with its Richmond Community Hospital in the East End.

The bottom line: Bon Secours is paying far less in property tax on those properties than the Jones administration projected four years ago, Mr. Agelasto said.

The projections indicated that those properties would generate $433,575 a year beginning in the 2014-15 fiscal year based on the new construction. Based on the records of the city assessor, Bon Secours has paid about $100,000 a year in property tax on the Westhampton property and the East End property set aside for development.

Based on the current status of those projects, according to the administration, Bon Secours is still seeking required permits and approvals for the two developments and has yet to set a start date for construction. The result is that the property tax collections on those properties are unlikely to reach the $433,575 level in the current fiscal year, Mr. Agelasto said.